2020: How the Largest Law Firms rankings were made

Related: Main categories I M&A I Real estate I Banking I Litigation I Labour law I Pro Bono I Interview I Methodology 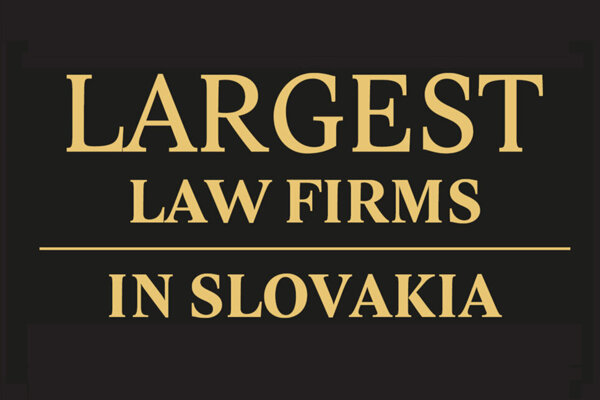 This year, new categories have been added to the ranking of Slovakia’s largest law firms, which required a slight change in the parameters used in the analysis.

Objective and measurable criteria, namely turnover, number of attorneys and number of clerks, continue to have a big weight in the ranking.

“In an attempt to bring an even more detailed picture of the size and, to some extent, the competence of the individual law firms, we have added the number of deals that have brought a reward of more than €20,000 in the given year,” said publisher of The Slovak Spectator Ján Pallo, who is in charge of the methodology of the ranking.

The exact sum of the reward is, however, not available, since it is sensitive information that the law firms protect as their trade secret.

The reason for the change is that overall revenues, without specifying the number of deals, do not necessarily give a picture of the performance of the law firm – there might be just a few deals behind a high turnover.

Transnational rankings also analyse the deal value, but in Slovak circumstances, this criterion might not come across as objective.

“In the past, we have repeatedly noticed that Slovak law firms reported among their deals large cross-border or international transactions of high value, while in fact they only participated to a small extent on them, such as providing due diligence of a Slovak-based company or implementation,” Pallo said.

This year, deal value is particularly noted only in the litigation agenda. Lawyers were, however, able to report deal value in their public references (with no impact on their ranking), which served as the basis for articles about last year's and this year’s deals.

Where the limits are

Each of the so-far used methodologies has its limits. In the past, the year-on-year comparison of revenues resulted in big deviations, since law firms follow a specific economic cycle. This is mainly impacted by the phasing of invoicing or the system of rewards after successful closure of court litigation or another project, the so-called success fee.

In such cases, the law firm may post an average turnover for several years. Then, in a year when the success fee is paid, a smaller law firm may see its revenues skyrocket. This may seem suspicious at first sight, but nothing suspicious is going on. This is the reason why the overall ranking is based on the average turnover of law firms in the past three years and not just the past year. A success fee is also included in the profit of the law firm, which is why we are also looking at the three-year average value.

The profit as such also brings another anomaly, typical for attorneys. It is the way partners in law firms are paid. They either receive dividends, which can be found in publicly accessible documents and data, or they have the status of a business partner and receive a regular reward, which subsequently increases the costs of the whole firm and thus lowers its year-end profit. This, however, is not disclosed with publicly accessible data. That is why the weight of this criterion is the lowest among all the observed parameters.

The new methodology has also shown anomalies in looking at the average reward for one deal in each of the 30 large law firms that have provided their data to The Slovak Spectator. We only took into account 70 percent of the annual revenues, because it followed from talks with partners from various law firms that 30 percent of their turnover was made up of various activities not linked to any of the reported deals worth more than €20,000. This is an agenda that cannot be linked to any of the deals, such as answers to questions or designing various contracts.

Rankings generally simplify the reality to make it possible to interpret their results for the wider public and bring a simplified yet accurate picture of the reality. The current methodology has its limits, such as the 30-percent limit for agenda not linked to deals that simplifies the picture of the structure of law firms’ work.

There is still no unambiguous indicators that would be exact in assessing the differences in how demanding the individual deals are, but we will continue looking for an agreement on the market about this. Each year we revise and improve the methodology based on the feedback we receive from law firms that provide their results to us in an effort to show the most exact picture possible.

The ranking in the main three categories (Largest Law Firm, Largest International Law Firm and Largest Local Law Firm) was created based on six factors (the number of lawyers and number of deals for 2019; average revenues and profits for years 2017-2019). These six factors have been assigned the following weight:

The ranking in partial categories (M&A, Banking & Finance, Real estate & development and Litigation) was created based on five factors derived from 2019 data, to which we gave different weights:

The ranking in the partial category Litigation & Arbitration was influenced by these factors derived from 2019 data:

Some deals were cross-sectional (e.g. the sale of a property via a share deal can be put in the partial category M&A or Real Estate) and it was up to the law firm to decide on the final partial category. Each deal could be mentioned only once in only one category.