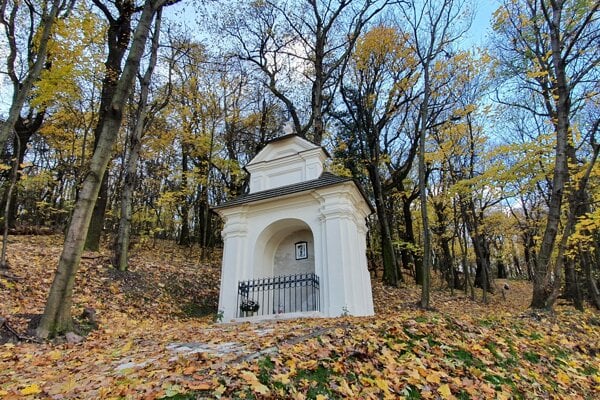 The last preserved station of the Stations of the Cross in Bratislava (Source: Jana Liptáková)
Font size:A-|A+15

“The Calvary in Bratislava is far from being as spectacular as, for example, the one in Banská Štiavnica, but it’s enthralling that even the previous communist regime did not rob this place of its distinctive spirit,” said Lenka Pardubská, while stopping at the last preserved chapel of the Stations of the Cross.

She lives nearby and she used to come here during the communist regime, which almost eradicated this site completely.

The baroque chapel resumed its previous look during a reconstruction just this summer. Now, the non-profit organisation OZ Bratislavská Kalvária, in cooperation with the owner of the Calvary, the Bratislava Archdiocese, plans to complete the Calvary with new stations so it resembles the original site.

The Bratislava Calvary has almost disappeared