Girlfriends visit Speaker of Parliament in hospital during the ban

Nurses who have had conflicts with them, may lose year-end bonuses. Coalition partners visited Kollár too, Matovič has apologised. 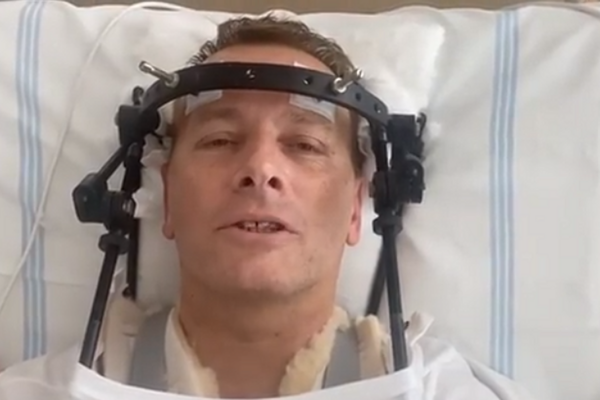 The Speaker of Parliament, Boris Kollár (Sme Rodina) has had many girlfriends visit him while he has been recovering from surgery and they have repeatedly found themselves in conflict with the nurses of St. Michael's Hospital in Bratislava.

The nurses complain that the speaker receives visitors at all times of the day and night, despite the official ban on hospital visits due to the pandemic, that his girlfriends violate their privacy and demand that they to do things that are not part of their job description.

When they complained about it, the hospital management allegedly threatened to fire them and as a consequence has cut their end of year bonuses. Two staffers of the hospital confirmed this story for the Sme daily.

Boris Kollár has 11 children from 10 women.

The speaker of parliament was hospitalised in October, after a car crash in Bratislava - Podunajské Biskupice. After surgery, he was taken to St. Michael's Hospital in early November.

The hospital staff have now told the Sme daily that he receives visits from his numerous girlfriends. His coalition partners have visited him recently as well, despite the fact that hospital visits have been banned by the Public Health Authority due to the pandemic. PM Matoič has apologised for this on his Facebook page, claiming he was led to believe that the ban on visits did not apply in this case.