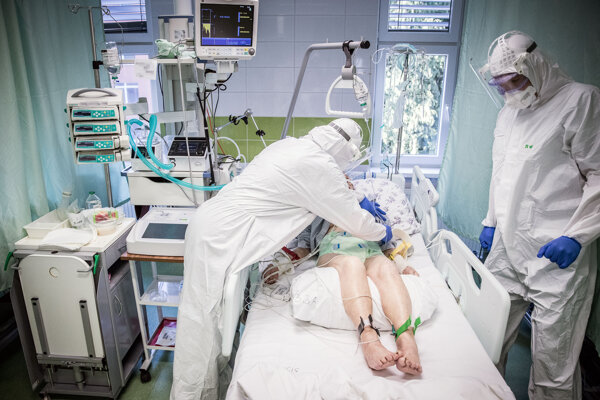 Juraj Mesík, M.D., is a global challenges and risks analyst

“With the novel coronavirus pandemic … gearing up for a “kill en masse” programme, there is a brief respite to reflect on what has happened and prepare for what has yet to come.” These were the opening lines of an article I wrote about Slovakia’s COVID-19 miracle published by The Slovak Spectator on June 18.

We know the real numbers are much higher than reported. Excess mortality data leaked in Poland suggest that the difference there may be three-fold and, in the case of Russia, even six-fold. Yet even 700 prematurely dead Slovaks are several hundred too many. How can we be so sure?

For that we must look not at the underachievers, but at those, who – unlike Slovak and many other governments – learned from the spring phase of the epidemic and used summer to prepare for the autumn and winter phase. In Europe, those countries are Norway, Finland, Estonia, Latvia and Denmark. One look at the chart below explains what I am talking about.

The natural reflex of all failed politicians – and their uncritical fan clubs – is to point to cultural or geographical differences between “us” and “them”. Exactly the same was the case in the spring, when the easiest and handiest explanation for Slovakia’s then success story was, indeed, that it was just a coincidence, or the result of data manipulation. But it was not – it was a reality.

The flat curves of the five still-successful countries prove a fundamental reality: policies do matter! But how are Norwegians, Finns, Estonians, Latvians and Danes able to keep their COVID-19 deaths numbers so low? This should be urgently studied by every responsible government.

One hot suspect – and possibly the most significant one – is the fortification of food with vitamin D, a common approach in Scandinavian countries, but also in Canada and elsewhere. Finland, for instance, adds vitamin D to milk, fat spreads, orange juice, bread, cereals and some other foods. Thus Finns and other Nordics are able to sustain sufficient levels of serum vitamin D deeper into autumn and winter, long after the sunshine in northern latitudes is insufficient to trigger vitamin D production in people’s skin. Vitamin D fortification of food, in combination with many other measures – tragically omitted by Sweden – possibly contributed also to the much lower death rates in Norway and Finland during the spring phase of the pandemic, despite their having similar demographic profiles to Italy, France or Spain, which suffered tragically higher losses of life.

While vitamin D fortification and supplementation may be part of the answer, it is also possible that Finnish, Norwegian and Estonian doctors choose to treat COVID-19 patients using the best available treatment procedures. For example, the outpatient treatment protocol developed by a large international team led by Dr Peter McCullough, published in early August in the American Journal of Medicine, or the MATH + protocol developed by Front Line Covid-19 Critical Care Alliance for the most serious patients in the spring of 2020, and continually updated based on new experience . Contrary to this, COVID-19 patients in Slovak and other hospitals in Europe continue to be treated with the ineffective and extremely expensive remdesivir. In the case of Slovakia, hospitals are instructed to do this by the government.

Is there anything else to learn from other Europeans? The mortality figures suggest not too much, with one possible exception. Investigations into government management of the pandemic started by French prosecutors should inspire prosecutors in Slovakia and all over Europe too. It is the only way to hold politicians accountable for what they have done – and what they have not done. The bereft relatives and friends of the hundreds of dead in Slovakia and hundreds of thousands more across Europe deserve to know the truth. 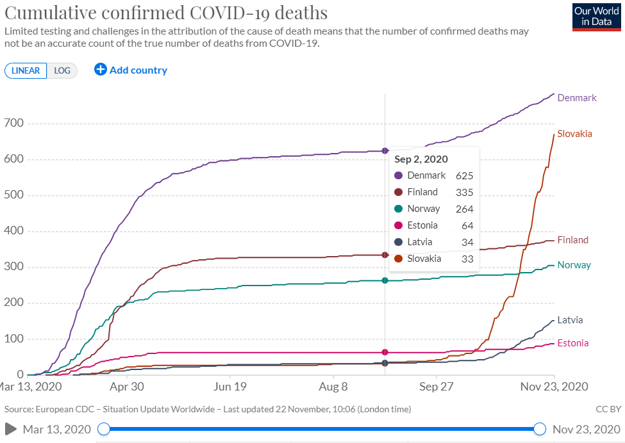