Everybody Wants to Change the Procurement Law.

Around this time last year and the year before, we published two articles about changes to the system of remedies under the Slovak procurement law. Apparently, it has become a tradition; not even a full year goes by before politicians try to fiddle with the procurement rules again. This time over, it is not only the Public Procurement Office but also the Office of the Vice-Chairman of the Cabinet. In fact, the latter's initiative is the one relevant here as the government has backed it and the prime minister himself declared it a “revolution” in the procurement system. Granted, there is always room to improve the law, but constant changes mean that its users can hardly get used to it before it is tweaked at best, or totally changed at worst. This seems to be the plan now. Last year, we joked that we could make this a yearly update. Well, we could not be closer to the truth. So, this is now 2020's take on the effects of the “revolution” in procurement and the system of remedies.

It can be safely proclaimed that the proposed regulation shifts the paradigm of the Slovak procurement system. In Slovakia, the rules for smaller purchases basically mirror the procedures for major contracts regulated by EU procurement legislation. Smaller authorities that regularly enter minor deals required for their basic operations are having a hard time with this. The amendment proposed by the cabinet not only tries to relax these rules; it cancels them altogether. This goes hand in hand with the exemption of smaller contracts from remedy procedures. It seems an appealing idea on paper, but it could prove trickier in reality. Although EU rules officially regulate only major contracts, there is a constant and settled case law by the European Court of Justice (ECJ), which created the doctrine of cross-border interest. 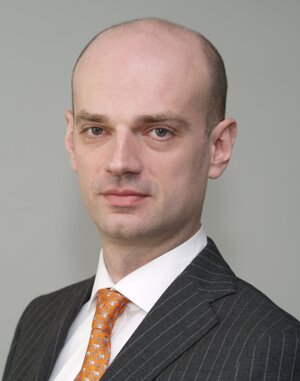 This means that even small contracts might attract bidders from other EU states.
As a result, states need to ensure they have basic transparency and effective remedies. Without any rules in this respect, the authorities will find themselves constantly in a grey zone as many purchases they are going to make may well be, due to their nature or value, of a cross border interest. In addition, it will be more difficult for bidders from other countries to access the Slovak market of public contracts and remedies. No doubt, this will trigger interest from the European Commission, and it is very likely that the ECJ will soon deal with a case concerning the lack of transparency in Slovakia.

Another key pillar of the “revolution” concerns the decision-making authority. The Public Procurement Office currently handling challenges will be stripped of this power, which should be transferred to administrative courts. This leaves the PPO less than impressed as they have continually built their robust decision-making apparatus, and without the power to handle challenges, their status and importance will plummet earthwards. One may have sympathy for them, but giving courts the power to decide on challenges might not be a bad move after all. The judgments of courts made by professional judges are generally better than those of administrative officials. When properly staffed, trained and compliant with deadlines, currently set at 21 days, the courts may make decisions that are more legally robust and definitive. After all, the courts have had the final say on challenges even under the current regulation, but their judgments were only rendered after the decisions of the Public Procurement Office. Finally, the Slovak system, where an administrative agency deals with both the methodology and remedies, creates an inherent conflict of interest and is therefore not the most preferred solution in the EU, where mostly courts or court-like bodies decide on remedies.

We concur that cancelling the regulation of smaller contracts is a revolution in procurement. Many authorities will no doubt welcome it. On other hand, everybody must be aware that there are EU rules that require a certain degree of transparency and redress, even when it comes to minor contracts that attract a cross-border interest. It will be up to the authorities to maintain this required transparency based on a set of in-house rules. Stripping the Public Procurement Office of its most important competency raises many eyebrows, but giving the power to decide on remedies to courts may improve the system of remedies in the long run. Provided that the courts are well staffed, trained and compliant with deadlines, the remedies may be solved in a quicker and more definitive way. Nevertheless, we still believe that stability, time and patience to develop settled case law would accommodate the needs of stakeholders better than endless modifications. As always, we conclude that it remains to be seen how the new system will work, and, more than anything else, how long it will last.