Some stops will be named after the original names of their localities. 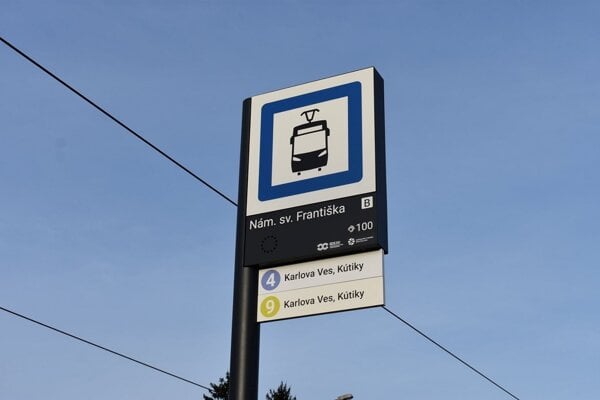 The Bratislava public transport company DPB is changing the names of some stops. The new names should be shorter, simpler and more comprehensible for tourists. They will also more reflect their localities and their original names. As of December 13, passengers will not get off at the ŽST Železná Studienka stop, but at the Červený Most (Red Bridge) stop, not at Mlynské Nivy but at Malý Trh (Little Market) and not at Lafranconi but at Lanfranconi.

“In order that the names of the stops are more permanent and not always subject to alteration, we will change selected commercial names to more traditional ones,” the DPB company informed on its website. “Since some localities have disappeared over time and still lack an adequate replacement, we would like to return their lost beauty with the name of the stops. Thanks to research using historical maps, it is possible to return names, such as Tôňava, Dvojstudňové Polia, Zajačie, Lanfranconi and Podvornice.”

In order to make life easier for tourists in the city, the names of the stops at railway stations will change from ŽST to the more understandable abbreviation, Stn (railway station in English, estación in Spanish and stazione in Italian).

The names of terminal stations will change from the current Vozovňa to Depo.

Car parks at the airport and at Koliba will be called P + R, which is an international abbreviation for Park and Ride - the possibility of parking and continuing by public transport.

Lafranconi back to Lanfranconi

The name of the stop at Lafranconi will change to Lanfranconi to correct an historical error. Italian engineer Enea Grazioso Lanfranconi designed the regulation mechanism for the Danube river, not just to protect Bratislava from floods, but also to enable viable shipping transport in the late 19th century.

After a locality with university facilities close to the Danube was named after him, students began to shorten and distort his name to Lafranconi. This abbreviation became so accepted by the public that in the end, the fourth bridge over the Danube, completed in 1992, was given this distorted name and was loaded into Google’s maps, as well.

Thank you for singing up. Shortly an email will be sent to the address you provided to verify your e-mail.
Error! Please try to register again later, your e-mail was not registered.
Your email is not in a correct format.
Please confirm you are not a robot.
Share on Facebook (65)Comments disabled