The central bank warns of the highest annual difference between expectations and reality.

The public sector may end the year 2020 with a deficit at 9.68 percent of GDP. The original public finance deficit expected for this year was 0.49 percent, which means that the difference between the updated forecast and the original goal is the highest in history.

This stems from an analysis of the draft public administration budget for the years 2021-23 prepared by the analysts from the National Bank of Slovakia (NBS), the country’s central bank.

The impact of the pandemic on economic activities is lower than half, and the budget is affected by other risks the NBS warned last year.

“These factors together with the financing of uncovered items and unspecified expenditures at more than €2 billion resulted in a high deficit prediction that pushes the debt below 62 percent of GDP,” the NBS analysts said, as quoted by the SITA newswire.

Goals for next year

The aim for the budget deficit in 2021, including the creation of a reserve for the second pandemic wave at more than €1 billion, is projected to 7.44 percent of GDP.

The NBS thus predicts a better situation for next year as it does not expect full use of unspecified expenditures and counts on a milder impact of the second pandemic wave on public sector expenses.

“After deducting the reserve for the second pandemic wave, the fiscal impulse on the economy is minimal,” the analysts said, as quoted by SITA. “At the same time, the European Commission encourages in its recommendations to support conomic recovery.” 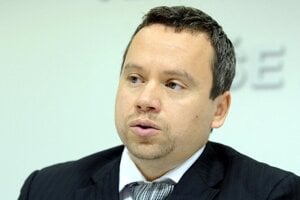 After the pandemic ends, it will be important to deal with the consolidation of public finances and the need to reduce public debt, particularly from 2022.

“The adopted EU recovery plan, which has not been implemented into the budget yet, can help speed up economic recovery and create room for stronger consolidation,” the NBS analysts said, as quoted by SITA.

The plan can also help Slovakia to start catching up with the more developed countries, and push it towards the knowledge economy, securing sustainable development, they added.