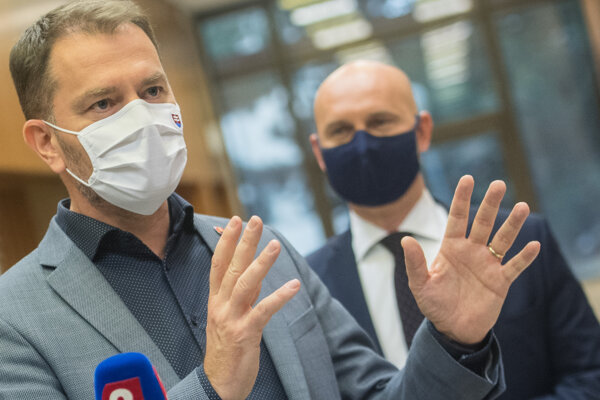 Some schools across Slovakia will open their gates on Monday, December 7, the government agreed on Friday, just one weekend before the expected opening.

“It does not mean that on Monday and in the coming days all schools should open,” Education Minister Branislav Gröhling said after the cabinet session on December 4. “These will be schools that have contacted the Government Office, the Prime Minister or the Education Ministry.”

Primary school pupils grades five to nine and secondary school students have been learning from home since October 26.

Students, their parents and school employees have to be tested if a school wants to open. The latest decision of the cabinet pertains to schools that have contacted the authorities, following the call of PM Igor Matovič on Thursday, and they are ready to participate in the pilot testing. Schools have to organise their own testing sites.

Matovič said that it is up to the school administrators, headteachers and parents now. At least one parent of a child who is to go to school has to get tested before they attend. He estimates dozens of schools will open, but certainly not hundreds of them.