More than one half of people support referendum on snap elections

Mostly the voters of opposition parties would like to see a referendum be organised. 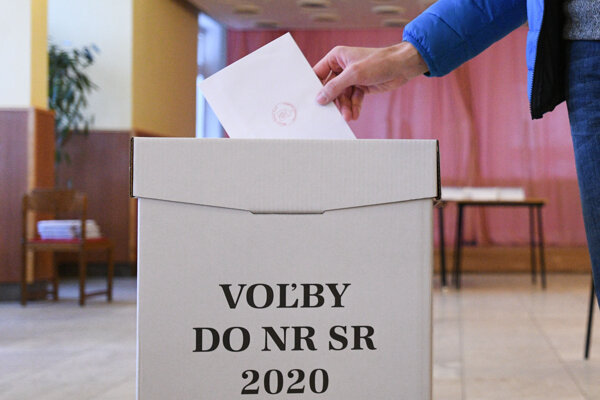 The non-parliamentary party of ex-PM Peter Pellegrini has launched an inquiry about a potential snap election, claiming that it wants people to express their own opinion on the current government.

The topic was supposed to be discussed at a non-scheduled parliamentary session initiated by the opposition Smer party, to be held on December 2. The party wanted the parliament to approve a proposal to the held referendum by next June. However, the MPs failed to support the programme.

Smer chair Robert Fico now wants to collect signatures to initiate the referendum early next year. He will need at least 350,000 signatures, the Sme daily reported.

The Focus pollster has meanwhile carried out a poll for the Na Telo programme broadcast by private TV Markíza, seeking an answer to the question of how many people would like to see a referendum on a snap election and the voters of which parties support it the most.

Voters of the coalition parties are against

Focus addressed 1,004 respondents between November 18 and 25.

The least-supportive of the snap election are among the voters of the Ordinary People and Independent Personalities (OĽaNO) of PM Igor Matovič. Only 1.9 percent of them would back the referendum, while nearly three-quarters are against it.

On the other hand, ĽSNS voters support the referendum the most. While 65.5 percent said they would support it, 4 percent would not.

The support for the referendum is high also among the voters of Hlas (more than 56 percent) and Smer (more than 50 percent).

Of the parties currently sitting in the parliament, the lowest support for the referendum is among the voters of Za Ľudí.

At the same time, as many as 72.8 percent of the voters of the four coalition parties OĽaNO, Sme Rodina, Freedom and Solidarity (SaS) and Za Ľudí are against the referendum, while 23.8 percent support it.

The opinions on the referendum are also different in terms of age, education and regions.

The biggest supporters are respondents aged 45-54 years, with secondary education and living in the Žilina Region.

On the other hand, the referendum is opposed mostly by respondents aged 18-24 years, with university education and living in the Bratislava Region.