Listen to Jeremy Hill recount his very first Christmas in Slovakia, when he rediscovered the healing magic of the holiday season. 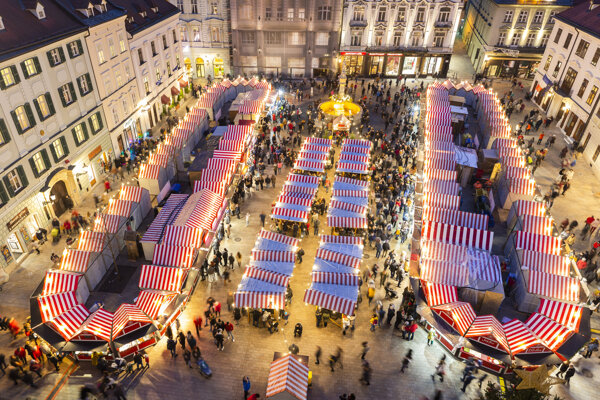 Just after moving to Slovakia, American Jeremy Hill felt a lump in his throat. His November was spent recovering from surgery while the weeks preceding Christmas were marked by some devastating news.

Upon examination, an oncologist, who was “a special kind of terrible”, told Hill the tumour was cancerous.

Reeling from the news, Hill was hardly in the Christmas spirit. Plus, as an American, he had grown increasingly tired of the often commercialised nature of the year-end holiday.

In an effort to cheer him up, Hill’s wife convinced him to join her at the famed Christmas markets, where Slovaks flock every year for some seasonal delicacies. Although he was sceptical at first, Hill tried some greasy Slovak favourites, which soon renewed his spirits.

“The warmth spread from my sticky lips to my icy toes,” recounted Hill. “Soon I was out of my head and back in the world.”

Christmastime, marked by both Slovak and American traditions in the Hill household, is now his saving grace, a special time of joy and togetherness that gets him through the hard winters and harder times.

Understanding that this Christmas will be like no other in recent memory due to the ongoing pandemic, Hill wanted to share this special podcast with fellow readers of The Slovak Spectator.

Have a listen as he recounts his unusual, and unforgettable, first Christmas in Slovakia: