Machinery and transport equipment contributed to good numbers the most. 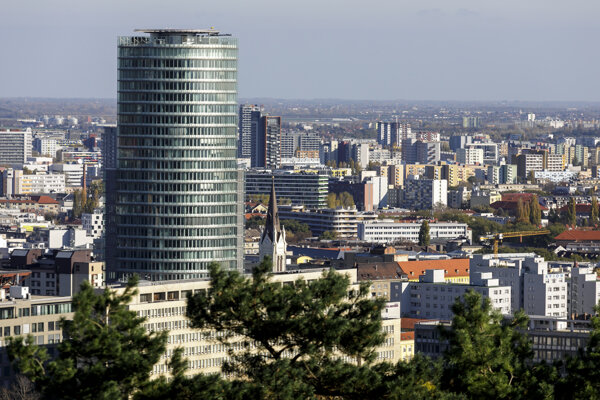 Foreign trade was a positive surprise compared to October 2020. The value of exports and the balance of foreign trade reached the highest value in the last 10 years. Imports were below last year's values for the eighth consecutive month, according to data published by the Statistics Office.

Exports from Slovakia were above last year's levels for the fifth month in a row, although the growth rate slowed in October. They amounted to €7.9 billion, up by 0.6 percent year-on-year. The total imports of goods decreased by 5.7 percent y-o-y, to €7.1 billion.

The foreign trade balance was in surplus in the amount of €807.5 million, which was €475.8 million more than last year. Moreover, it was the highest in the last decade.

Although exports from Slovakia keep increasing in the past five months, they have seen significant drops this year as well, particularly during the first pandemic wave, said Eva Sadovská, analyst with WOOD & Company.

"The COVID-19 outbreak and related measures not only here, but also out in the world, led to an annual drop in exports by one-third between March and May 2020," she continued. "The increase in exports in the following months is good news, but the level of losses for exporters from the first wave cannot be calculated."

As a result, the exports during the first 10 months of the year are 8.8 percent lower in annual terms, Sadovská explained.

The most traded category in foreign trade is machinery and transport equipment, where the automotive industry belongs. Exports in this category went 7.4 percent y-o-y, amounting to €5.39 billion. It contributed to total exports by two-thirds.

"This is the main reason why total exports in September reported an annual growth and foreign trade was in a significant surplus," Sadovská wrote in a memo.

The exports of goods in this category were €1.6 billion higher than imports.

In addition, a positive balance of €45.3 million was recorded in the second most traded category: market products.

The other categories reported ahigher import of goods than exports.

Sadovská noted that Slovakia is a country with a strong orientation on industry.

“Slovakia is a small, open and pro-export oriented economy,” she said. “Within the EU even the fourth most open.”

Export and import comprised 185 percent of the country's GDP last year. In “good” times, openness is an advantage while in “bad” times it is a weak point, Sadovská added.

The development of the Slovak economy is also dependent on foreign trade, from the interest of close foreign trade partners for Slovak products.