Equality only on paper. Migrants from third countries face many obstacles in Slovakia

Slovakia improved by two points in the migration index, but remains below average. 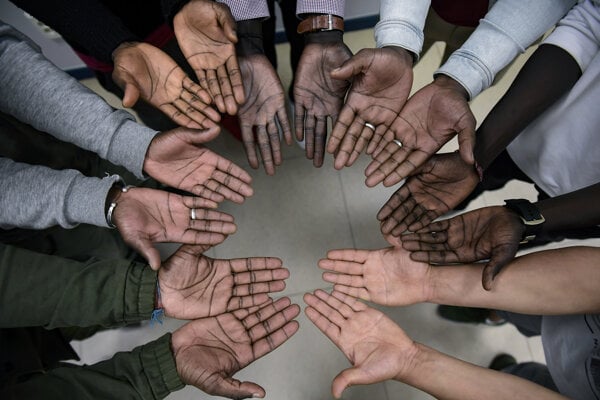 Even though migrants in Slovakia have somewhat bigger support in some spheres, existing integration policy for their integration to society is unfavourable and incoming citizens from third (non-EU) countries still face many problems.

This stems from the Migrant Integration Policy Index (MIPEX), a study on the integration of foreigners from around the world, which compares integration policies in 52 countries.

“MIPEX called Slovak attitude to integration as ‘equality on paper,’” said Zuzana Bargerová from the Centre for the Research of Ethnicity and Culture (CVEK), as quoted by the TASR newswire. “Like in most countries of central and eastern Europe, migrants have fundamental rights and security ensured, but not equal opportunities.”

Slovakia must still intensively invest in policies related to equality of opportunity in practice, as they are still below average out of evaluated countries, according to the MIPEX report.

The country improved in integration politics category by two points between the years 2014 and 2019, and scored 39 points on a scale of 100 points. The average is 50 points. 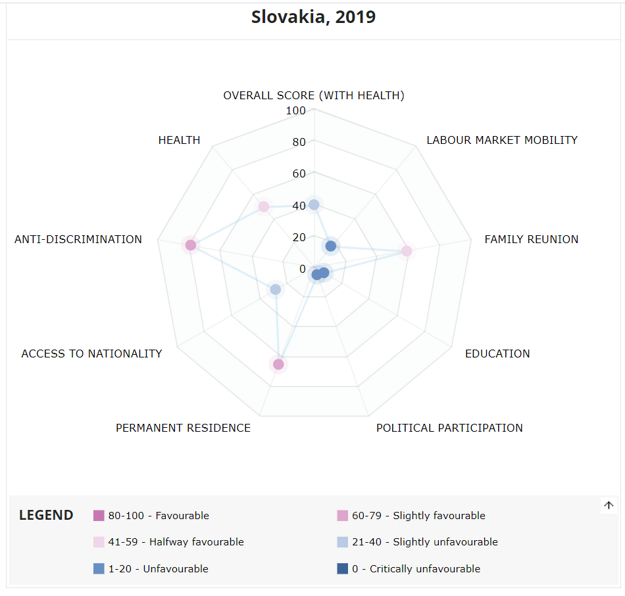 The current setting of Slovak integration policy encourages the public not to see migrants as potential co-inhabitants but as foreigners. In the top 10 countries, immigrants are treated as equal, neighbours and potential citizens. Restrictive policies like in Slovakia strengthen fears and distance between countries, most people considering migrants as a threat.

Migrants in Slovakia face many barriers in several spheres, especially the labour market, education, political participation and also in attitude towards state citizenship. 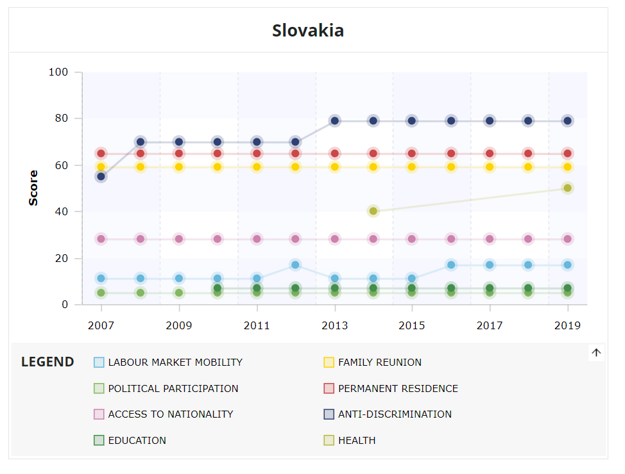 Small or no support in the labour market

Slovakia ended last of all the evaluated countries in mobility in the labour market category. Third-country nationals receive small or no support.

Slovakia also scored badly in the field of education and political participation.

Migrants still face obstacles in health care, as they are prevented from accessing full and unlimited treatment.

Although discrimination due to national, religious and ethnic racial reasons is forbidden, there is still great room to ensure the implementation of equality rules in practice.