People protested against the government again

The police had to disperse the crowd. 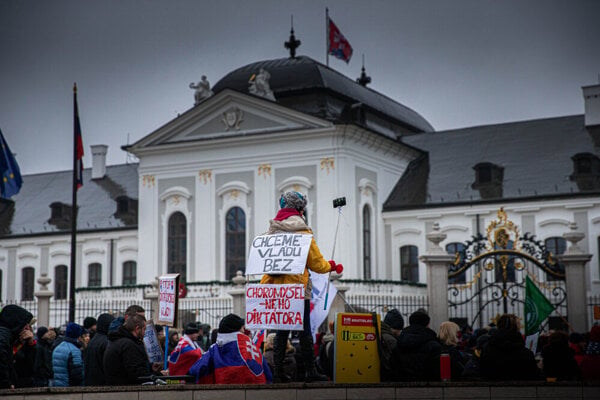 Hundreds of people gathered in Bratislava on December 12 to protest against the government. (Source: SME)
Font size:A-|A+114

Another protest against the Igor Matovič (OĽaNO) government was held in Bratislava on December 12, organised by the far-right Kotlebovci – People's Party Our Slovakia (ĽSNS).

Hundreds of people gathered in front of the Presidential Palace. Most did not wear masks and brought Slovak flags instead. 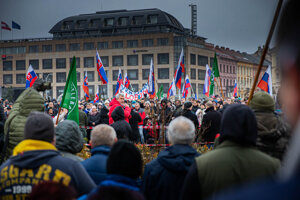 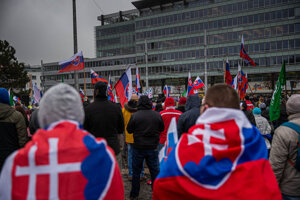 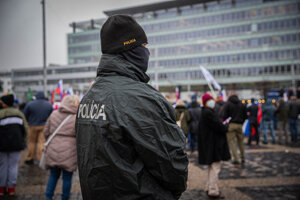 The December 12 protest in Bratislava (11 photos)

The protest ended after about an hour, but people refused to leave. The police had to intervene to disperse the crowd. They detained at least two protesters.

The national emergency is still in place in Slovakia, and public assemblies with more than six people are still prohibited. 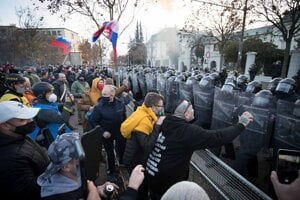 Related articleStreet protests as Slovakia marks the Velvet Revolution anniversary Read more
Sorry, you have just exceeded the allowed number of devices
This subscription grants access to the locked content of Spectator.sk and SME.sk for only one person through a maximum of three different devices or browsers.
To continue reading the article on this device, please update the list of devices in the profile settings.
Administer devices
You can read everything about device settings here.