There is a word Slovaks can teach the world

Miroslav Beblavý wrote a book about papalášism in Slovakia. In this interview he explains what shocked him about it the most. 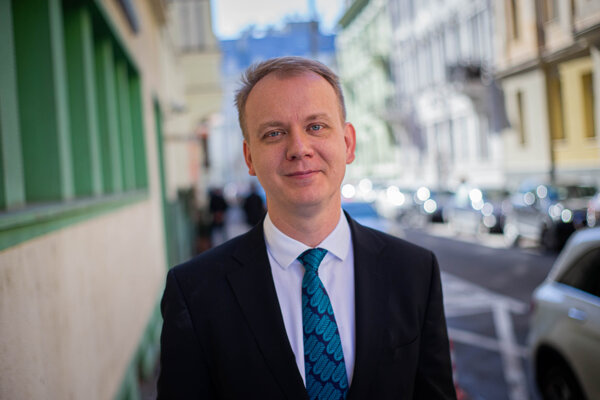 Military ranks granted to politicians; university diplomas received under dubious circumstances; cars with drivers and blue lights even for mid-ranking state officials. Using and abusing the perks that a state post brings has a special name in Slovak.

The Slovak Spectator spoke to Miroslav Beblavý, who after he failed to make it to parliament in March, set out to write a book entitled The New Nobility, about the practice of papalášism in Slovakia.

Whoever engages in that practice is then called papaláš [papalash] - “a person, nearly always a man, who not only made it high up, but also excessively enjoys his position. Other rules apply to him in comparison to others, even though we are all contributing to his way of life,” as he defined it in the book.

A Slovak economist and analyst, formerly a politician.

Served as the Labour Ministry’s state secretary (deputy minister) under the second Mikuláš Dzurinda government in 2002 - 2006, and between 2010 and 2020 as an MP. He left politics after his party Spolu, in coalition with Progressive Slovakia, failed to cross the parliamentary threshold in the February 2020 election.

Beblavý started his career during his studies as a journalist. His very first job was as a translator and later business news reporter at The Slovak Spectator in the late 1990s. He later wrote for the Sme daily.

Beblavý is still involved in public affairs - he is about to start leading a Brussels-based European network of experts on the economics of education, and will contribute to designing Slovakia’s economic recovery plan under the Next Generation EU scheme.

His book Nová šľachta (The New Nobility) was published in Slovak in November 2020.

There are the English words "big cheese" or "cronyism", but there is no precise word for this behaviour that is usually not illegal, not necessarily corrupt, but it qualifies as abusing a public office.

“It is one of the contributions of the Slovak language to global vocabulary,” Beblavý said.

Anyone who has ever served in a public office for a while has most likely done something of this sort. Beblavý himself admits that when he still had immunity as an MP, he would not insist on paying a speeding fine if the police officers who stopped him for speeding would recognise him.

“That’s something I don’t think people should be doing, and that’s why I voted for abolishing immunity,” Beblavý said. Since 2012, MPs no longer have immunity from offences like that, but some still get away with pulling their MP card when stopped by the police.

Even though he has spent a big part of his adult life in and around politics, and has had first-hand experience with papalášism, Beblavý admits some of his findings still managed to surprise him.

Blue lights that mark a papaláš