Explore a little bit of Slovak embroidery in the roundup, and in a new design book. 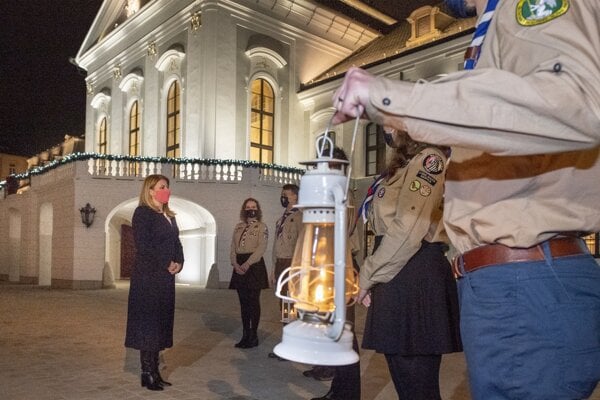 Slovak President Zuzana Čaputová accepts the Peace Light of Bethlehem from scouts at the Presidential Palace on December 15, 2020. The tradition, launched in Austria in 1987, has spread to many European countries and the Americas since then. (Source: TASR)
Font size:A-|A+2

In the final episode of the Spectacular Slovakia podcast in 2020, devoted to Bratislava, Austrian Ambassador Margit Bruck-Friedrich talks of her love for the legendary ‘Miletička’ open-air market and other places in Bratislava.

Also, she shares her tips for trips around the capital, including a manor house in Budmerice and the wine-making town of Modra.

Have a listen to the episode that starts, however, with the ambassador portraying how the Austrians have viewed Bratislava over the years.

PS: As Christmas is nearing, you may enjoy our past festive episodes: Getting ready for Christmas Eve in Slovakia, Superstitious Slovak Christmas, Will Christmas make you rich?

Demänovská Cave System, with a length of 43 kilometres, is the longest cave of the Carpathians, the Slovak Caves Administration said. They added that the last 20 years of discovery in Demänovská Valley belong to the most successful time of Slovak speleology.

Have you played 'Elf’s Magic'?

Trnava came up with a winter game called 'Elf’s Magic'. People can help an elf find a home while exploring the city’s most beautiful places. The game is free and takes one hour to complete.

Join folklorists in a video tour around Slovakia

Folk dancers will walk you through the most beautiful spots in the country. You will start the tour in Bratislava and move on to several other regions, including the Tatras. The video trip ends in Košice.

How to read a Slovak beer label

You may have noticed most beer bottles in stores across Slovakia have the word svetlé written on them. That is because Slovaks generally prefer light-coloured beer. But if you look around the shelf, you will also find bottles marked tmavé, which indicates a dark beer.

Finally, the famous Slovak animated character, Deduško Večerníček, had his real house in Nová Sedlica reconstructed, at least on the outside. The interior redesign is yet to be completed. The construction is a national cultural monument.

The Ružiná Dam is without water

If you drive by the dam, located near the town of Lučenec, in the near future, you will see no water in it. It is because this barrier will be undergoing reconstruction.

Ružiná, named after a nearby village, was built between 1969 and 1973 and it has been in operation for 46 years, without ever being emptied. It covers an area of 170 hectares and has a total volume of more than 15 million cubic metres.

The rescue catch of fish ended last week. Fishermen caught tens of tons of fish, in particular catfish of more than two metres in length and silver carp.

Filling the dam back up is planned for May/June 2021, but it will take about two years to reach the maximum water level.

Family albums are time capsules that hide not only rare portraits of ancestors, but also the now non-existent appearance of Bratislava. A dozen photos from family albums were picked for the 2021 Pressburg calendar.

From an old wooden chest into a box-like book: A collection of Slovak embroidery

Designer Tomáš Kompaník travelled around Slovakia to collect stories and designs for his second book. His bilingual ‘AHA100’ book contains 100 embroideries from 100 villages. Did you know that he found a passion for Slovak folklore in Turkey? 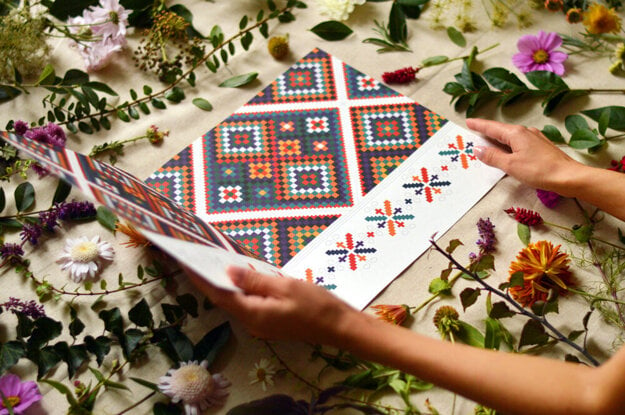 ROMA: The village of Zlaté Klasy and the victims of the 2013 police raid in Moldava nad Bodvou became some of this year’s laureates of the Roma Spirit Awards.

LITERATURE: Slovak writer Pavol Rankov became a laureate of the 14th European Book Prize for his work It Happened on the First of September (or Some Other Time).

SNG: The Slovak National Gallery closed all its exhibition spaces, including those in regions, on December 17 because of the pandemic. They should reopen on January 10. 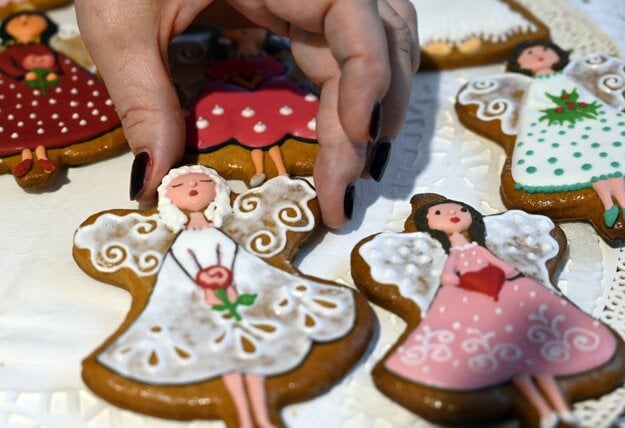 Gingerbread baker Marianna Chvastová from Michalovce has been creating these beautiful gingerbread cookies for nearly 20 years. Her specialty is gingerbread angels in different variations. (Source: TASR)

LGBT: The ‘Socialism with a Gay Face’ play, portraying the life of gay people in Czechoslovakia, is now online with English subtitles. It is available until December 19.

We will leave you with a short Christmas story recounted by The Slovak Spectator reader Jeremy Hill. The American will tell you about his first Christmas in Slovakia, which brought him back to life.

That is all for this week, but you can go back to last week's roundup.

Have a merry Christmas! See you after the holidays!