Poll: Kollár and Kotleba slightly above the electability threshold (graphs)

Pellegrini’s party would win the election. 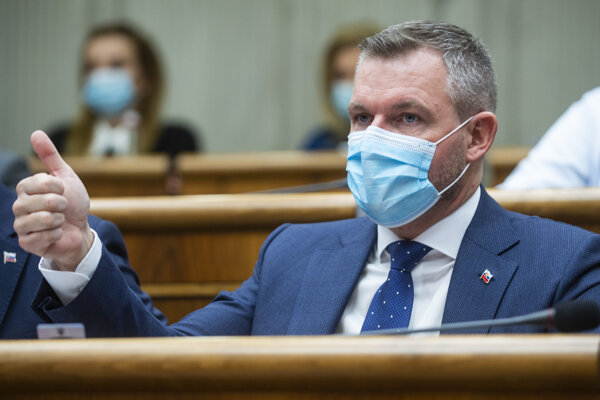 If the parliamentary election took place in December, former PM Peter Pellegrini's party Hlas would win with 22.8 percent of votes.

This is the result of a poll conducted by the AKO polling agency between December 17 and 19 on 1,000 respondents.

Junior coalition party Freedom and Solidarity (SaS) would be second with 16.2 percent, followed by Ordinary People and Independent Personalities (OĽaNO) with 14.2 percent.

Smer would gain 9 percent of the vote while Progressive Slovakia would make it to parliament with 6.5 percent. Slightly above the electability threshold is also Sme Rodina of Boris Kollár with 5.7 percent and People’s Party Our Slovakia (ĽSNS) with 5.7 percent.

Read more articles by the topic
This article is also related to other trending topics: Strana Kotleba - ĽSNS, Za ľudí