Archaeologist talks about how the precious statuette was found in Spiš. 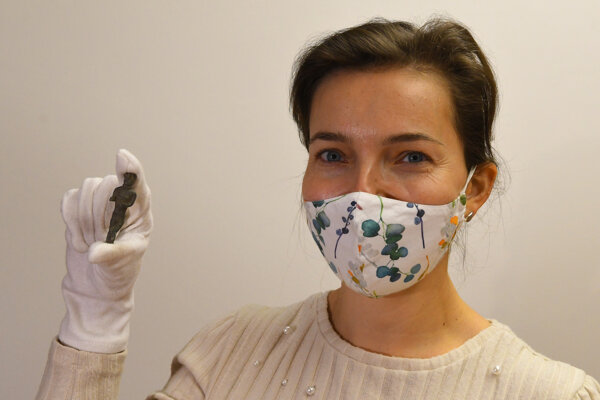 "I just went to bring some things in the car and when I returned, my colleagues were standing in a circle looking at something. So I asked, what are you staring at and why aren't you working? They showed me, saying look what we've got here! I couldn't believe my eyes!"

This is how the head of research at the Pod Hradiskom site described the finding of the bronze Celtic statue with golden eyes. It is probably the biggest finding in Slovakia this year, says archaeologist MÁRIA HUDÁKOVÁ.

Why is the discovery of the Celtic statuette so exceptional?

It's definitely unique in Slovakia and Central Europe, perhaps all of Europe. Such statutes have been found in other European sites, but they are not as elaborate and do not have golden eyes.

These bronze anthropomorphic statues usually tend to be more stylised, while this one has an elaborate face, hair combed back in a typical style, a neckerchief, and you can even make out the fingers on its hand. 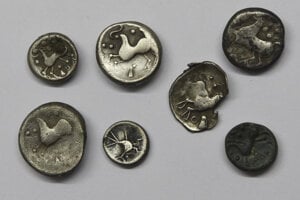 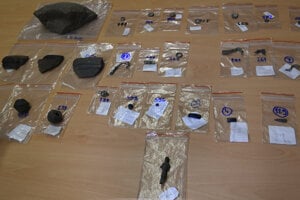 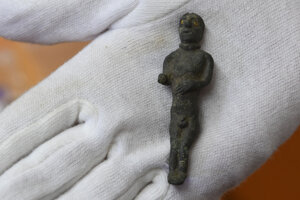 Whom does the statuette represent?

We have no idea. We're only guessing. The golden eyes suggest it may be a divinity.

Where did you find it?

The site is called Pod Hradiskom, a field in the district of the eastern-Slovak city of Poprad. We collected the findings from the surface, that is from a ploughed field. We used metal detectors, going not more than 20 centimeters deep, because the arable ground may be hiding houses or other objects that we may thus disturb.

Who worked on this research?

We had the help of the Regional Monuments Board in Žilina, whose researchers are working in a similar locality in the Liptov region. They cooperate with the Septentrio association. So there were many of us, and we skirmished the field, collecting findings. Not only metals, but also ceramics and glass.

But the detector only finds metals, doesn't it?