The town will organise mass testing during the upcoming weekend. 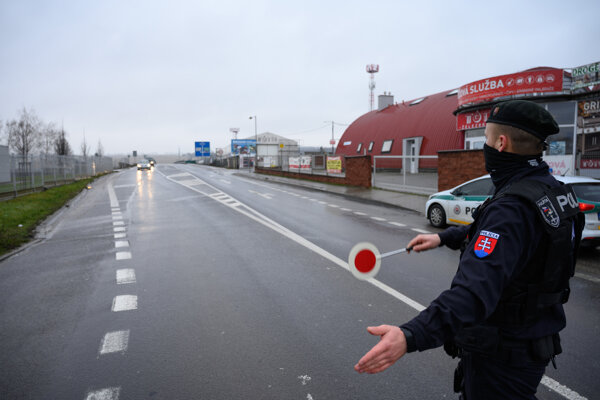 The situation in the Nitra district is critical. (Source: TASR)
Font size:A-|A+62

Due to the critical situation in Nitra as a result of the pandemic, hygienists from the Regional Public Health Authority (RÚVZ) have imposed a stricter lockdown for the district. New measures are valid from January 5.

There is now a limit of 25 square metres of shop area per one customer. If a shop is smaller, only one person can be inside.

Employers in the district are obliged to allow their employees to work from home when possible.

Mayor of Nitra Marek Hattas called on the central crisis staff to impose other measures for production plants, which are under the management of different institutions.

"The situation people in the Nitra district are in is catastrophic," said PM Igor Matovič at the press conference on January 5.

The police informed the public about the stricter controls in place during the lockdown in Nitra. They also recommend avoiding travelling to the town unless necessary.

The cabinet approved at its January 6 session stricter rules for curfew for the Nitra district. Starting on Monday, January 11 at 5:00, people will need negative PCR or antigen test result when going to work, to the nature and accompanying their children to school and kindergarten. The stricter rules will be in place until January 29.

People travelling to the Nitra district (for work or other reason) should have a negative test result, too.

The municipality is preparing mass testing, scheduled to take place from January 8-10. More details should be provided in the upcoming days. The cabinet recommended Nitra to hold three consecutive rounds of testing.

The state had planned to send RapiGen tests, which are of lower quality than those made by SD-Biosensor, to Nitra. These tests were used during the nationwide testing in autumn of 2020.

Hattas refused to use these tests in an interview with PM Igor Matovič. The PM assured Hattas that they will not use RapiGen tests, which have caused serious doubts about their quality, he wrote on his Facebook page.

“We want to ensure the maximum possible protection of the citizens in the critical region,” said Ján Rudolf, head of Material State Reserves, as quoted by the TASR newswire, adding that he does not want anyone to doubt the tests.

Mathematician Richard Kollár, who models the development of the pandemic, said that these tests reveal about three people out of 60 positives, Sme daily wrote.

More rapid tests should arrive in Slovakia on January 7. Slovakia should receive 2.6 million tests, which were ordered in December.

Tests will be transferred to stocks of the State Material Reserves and distributed across Slovakia.