An American expat's thoughts on the storming of the Capitol. 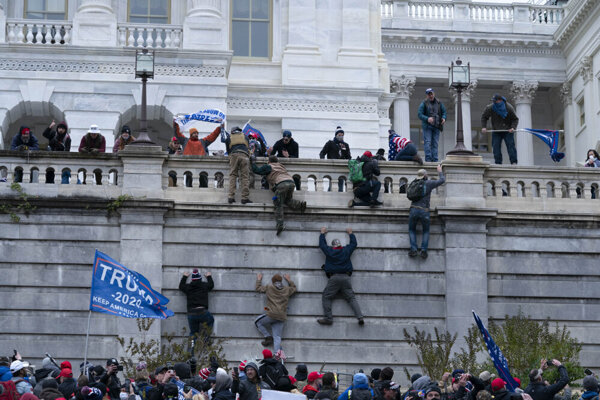 I passed the night of January 6, the Feast of Epiphany, in vigil and mourning. Live on my computer’s monitor, I witnessed scenes of violence and turmoil far more suited to a dictatorship than the world’s oldest continuing experiment in democracy. 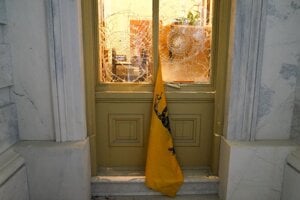 Related articleČaputová: Scenes from the Capitol show how dangerous the rhetoric of hatred is Read more

I trembled in anger at populist Republicans who, even in the face of the pure evil of insurrection, still echoed Trump’s baseless claims of voter fraud, hoping to secure their pitiful careers with the very people who, only hours earlier, had desecrated the temple of popular sovereignty that I had walked through as a 17-year-old student.

I also felt joy and hope as other Republicans, including a once-servile Vice-President, held to principles and their oaths of office, despite the demands of a bloodthirsty mob of fascists and white supremacists.

It is these fascists and white supremacists that Trump expressed his love for, calling them “very special people”.

It is two weeks until the inauguration of Joe Biden and Kamala Harris. In that time, I hope those same Republicans will, either through the process of impeachment and conviction or through the invocation of the 25th Amendment to the Constitution of the United States, unseat, for the first time in our history, a sitting President for treason and inciting rebellion, not to mention causing the deaths of some of those “special people” he purportedly loves so much, all in the name of his own amoral greed and personal ambition. He should not be allowed to serve out his term. He should be led from the White House, another shrine of American democracy, in shackles and shame.

I have also felt increased regard and love for the Slovak people, for how they managed, over 21 31 years ago, to unseat a tyrannical government without vandalism and bloodshed. 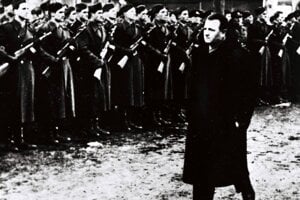 My Slovak wife and I talked late into the night about how Americans, despite the right’s rhetoric, have no idea what it means to live under a dictatorship. They have never had their travel restricted by their own government for ideological reasons. They have never been visited by government agents because a spying neighbour listened at their walls to ascertain what radio station or TV network they were consuming. They have never had their churches desecrated by paid government informants, or had their careers or their children’s education threatened because they went to church. For these right-wing Americans, “dictatorship” means slightly higher taxes, or having to hear a foreign language spoken in public, or not having spurious religious education shoved down their children’s throats, or being forbidden from owning an assault rifle, or not being able to spew hateful rhetoric in public without consequences.

I am also apprehensive that right-wing extremists in Slovakia, like Kotleba and his ilk, will study the storming of the Capitol and say, “Wow. It’s really that easy?”

We Americans have been reminded that the watchword of democracy is “vigilance”. Be vigilant, Slovakia. Please be vigilant.

Thank you for singing up. Shortly an email will be sent to the address you provided to verify your e-mail.
Error! Please try to register again later, your e-mail was not registered.
Your email is not in a correct format.
Please confirm you are not a robot.
Share on Facebook (77)Comments disabled