Government to ramp up vaccine programme after slow start

Minister says 3.5 million can get jab in three months. 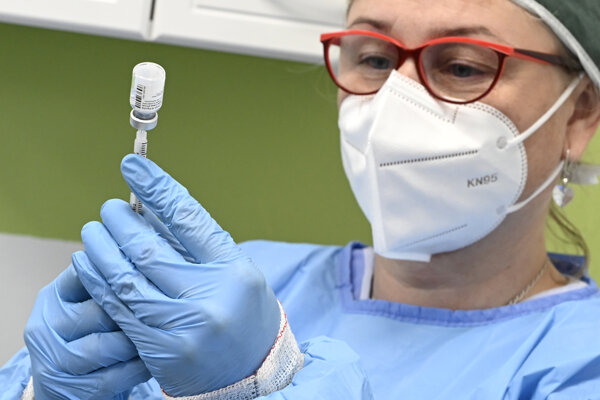 Slovak authorities have pledged to ramp up their Covid vaccination roll out after criticism over a slow start to its programme to vaccinate more than 3.5 million people.

The first vaccinations in Slovakia took place on December 26 with Health Minister Marek Krajčí and some members of the government’s pandemic advisory body receiving the first jabs.

Since then, though, only a few thousand people have been vaccinated, mainly health workers. The most recent data published by the Health Ministry showed that as of January 6, 10,751 people had been vaccinated.

For comparison, in Israel, whose vaccine roll-out has been widely seen as one of the most successful in the world, between December 19, when vaccinations began, and January 5, 1.4 million people had received a first dose, according to the country’s health ministry.

The apparent sluggish pace of the Slovak roll out has led to some criticism with one report in the Denník N daily pointing out that at current rates vaccinating the population would take 21 years.

The government has now though moved to reassure people that it is ramping up its vaccination capacity and that it still aims to have given vaccinations to more than 3.5 million people – most of Slovakia’s adult population – by April.

“If the vaccination centres start to fully work in each district, we would be able to vaccinate more than 3.5 million citizens with a first dose in three months,” Krajčí told media on January 6.

More centres to be set up

The government’s vaccination strategy plans for 25 centres to be set up in the first phase of the vaccination programme, gradually rising to 79 – one in each district - as more doses arrive. Working at full capacity, one centre should be able to vaccinate 500 people per day.