Testing needs to be simple and accessible until most people get the jab, Mayor Vallo says. 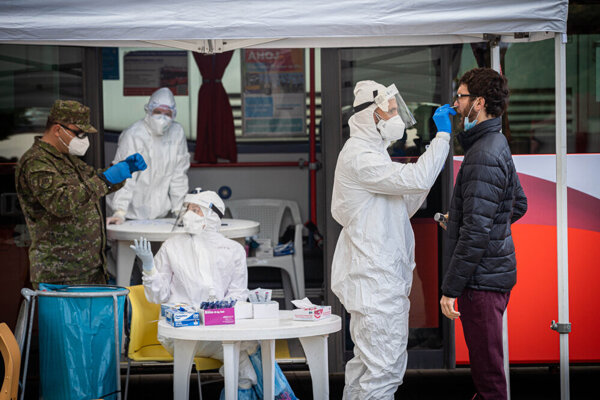 Bratislava is ready for mass COVID-19 testing of its population if the local authorities agree so with the government and if enough tests and medical personnel are available.

Mayor Matúš Vallo announced this during his January 8 press briefing, ahead of the weekend when two large cities - Košice and Nitra, are testing their entire population. Nitra is currently one of the worst hit districts in the country and its hospital is collapsing.

Bratislava city and municipal authorities have requested the government add 20 to 25 testing sites to the 19 that already exist, where rapid antigen tests are available to people free of charge. This should make testing better available to people, including at the weekends, Vallo said as quoted by the TASR newswire.

Testing must become a routine