Her design is inspired by water animals and plants. 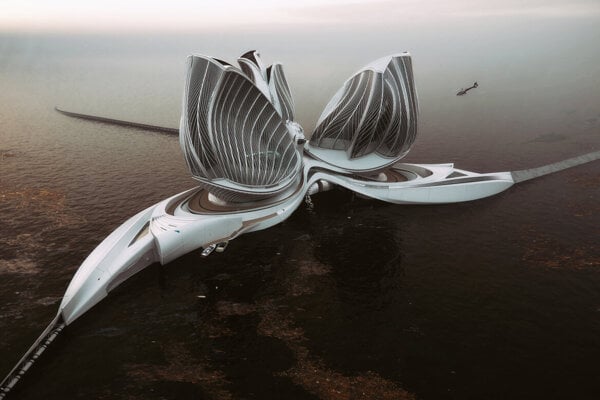 Every year, almost 13 million tonnes of plastic waste end up in the ocean. The waste in the ocean is slowly forming another continent.

However, Slovak architect Lenka Petráková is contributing possible solutions to this global problem.

Her design of a scientific station that cleans the ocean, named the 8th continent, was awarded the top prize in the architectonic competition Grand Prix 2020, the Sme daily reported.

Petráková designed a floating station that cleans the ocean and rebalances the sea environment.

“The floating station should collect plastic remains from the water surface and dissolve it into recyclable material,” Petráková told the Sme daily. “Besides the improvement of the water condition, it creates an interdisciplinary platform to show the disturbing side of the sea environment.”

She was inspired by water animals and plants and how they react to the dynamic conditions of the water environment when designing it.

Thank you for singing up. Shortly an email will be sent to the address you provided to verify your e-mail.
Error! Please try to register again later, your e-mail was not registered.
Your email is not in a correct format.
Please confirm you are not a robot.
Share on Facebook (966)Comments disabled