The PM lacks support for his testing plans

Scientists and health care experts say that mass testing should only occur in the hardest-hit districts. 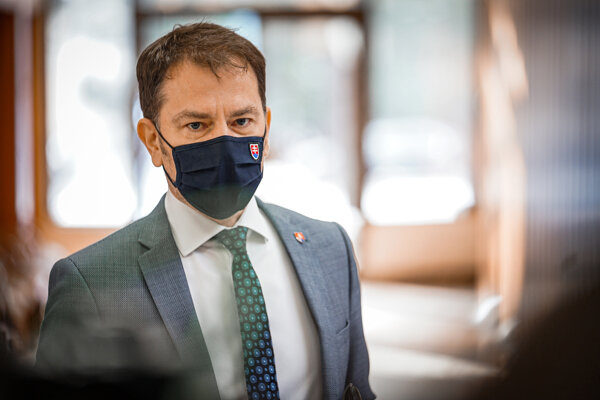 PM Igor Matovič (OĽaNO) wants to test Slovakia en masse starting next weekend, but he lacks support for this idea from experts, hospitals and coalition partners.

While Matovič says that mass testing is the only way to break the curve in the current situation, both experts and hospitals insist that vaccination should be the focus now.

Following this response, the prime minister was quite critical at the January 13 press conference, criticising not only experts, but also his coalition partners and media.

To test or not to test

“It’s a lie to say that a way out for Slovakia is mass vaccination and not mass testing,” Matovič said, as quoted by the TASR newswire.

As he stressed, Slovakia is currently one big hotspot, pointing to the recent statistics that suggest the country has the highest daily increase in COVID-19 deaths per 1 million inhabitants. 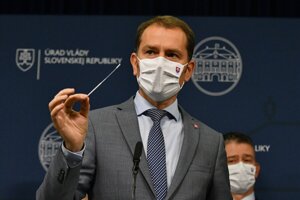 Related articleExperts and hospitals oppose the PM: Vaccination, not testing, is a priority Read more

In his opinion, everybody should join forces and not criticise the government.

He also said that currently, Slovakia has vaccination doses for only a few percent of people. If everything goes well, one-third of people may be vaccinated by June, he continued.

“If they are such experts, let them produce the vaccines,” Matovič continued. “Why won’t they produce them if others in the world know how to do it? Then we’ll be able to vaccinate the entire Slovakia in three days.”

Experts behind the Data without Pathos project responded to the criticism by saying that Slovakia is not one big hotspot, as the prime minister puts it.

As they pointed out, there are 2 million people living in the areas where the incidence of the virus is no more than 250 new cases per 100,000 inhabitants in the past seven days. These areas follow lockdown rules and have the opportunity to get tested at mobile testing sites. 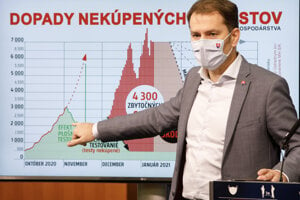 Another 1.5 million people live in areas where the incidence has been between 260-400 new cases per 100,000 inhabitants in the past seven days. They have lockdown rules in place too. Those who travel have to get tested with both rapid and PCR tests.

As a result, there are only 18 out of 72 districts, particularly in industrial regions, that need help. This includes the districts of Nitra, Trenčín, Bratislava, Košice and Banská Bystrica.

Matovič said after the January 13 cabinet session that the nationwide testing, followed by mass testing, will certainly take place.

Scientists are not the only ones who do not support the mass testing. Several coalition experts on health care, including Andrea Letanovská of Za Ľudí and Jana Bittó Cigániková of Freedom and Solidarity (SaS), have said that the state should now focus on vaccination, the Denník N daily reported.

Not even SaS chair and Economy Minister Richard Sulík sees sense in mass testing all regions of Slovakia and called it a waste of personnel, organisational and material sources.

Matovič criticised Sulík at the January 13 press conference, saying that the coalition cannot work this way. 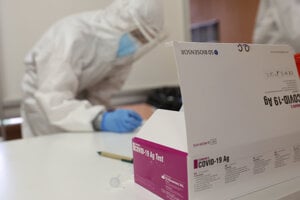 “Sulík often uses the truth in his own way,” Matovič said, explaining that the SaS chair agreed with the plan of mass testing during the January 11 cabinet session and then said something else to the media.

After hearing the voice recording from the cabinet session, Sulík admitted his mistake and apologised for the misunderstanding.

“It’s clear from the recording that Igor Matovič asked whether we agree with the nationwide testing, under the condition that the hardest-hit regions will be tested during the coming weekend,” he said. “I agreed. Unfortunately, Igor Matovič and other cabinet members thought I agreed with the idea of nationwide testing. This is how this misunderstanding happened, for which I apologise.”