A Roma man was fined with €500 for not observing anti-pandemic rules, unlike politicians

Ombudswoman Mária Patakyová is already dealing with the case. 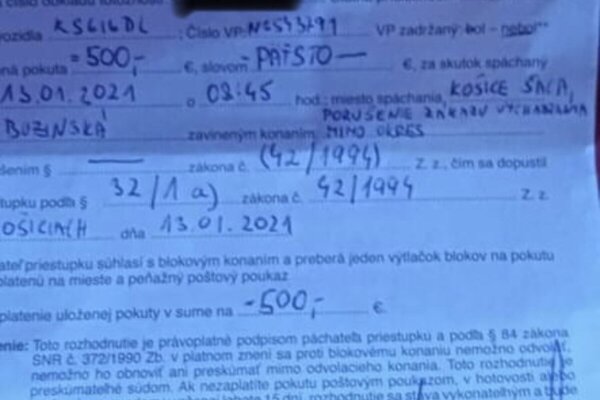 Police have fined a Roma man who crossed the district border to pick up a necessary delivery of wood.

Meanwhile, politicians like Robert Fico, Marian Kotleba and Štefan Harabin have not been fined, even though they participated in mass gatherings at a time such assemblies are forbidden.

Lukáš Hudák from Moldava nad Bodvou was fined with €500 for breaking lockdown rules after being stopped on the border of the Košice-okolie and Košice districts. He was not aware that these were two different districts.

Lockdown imposed by the government does not directly ban travelling to another district.

“I am from Moldava nad Bodvou,” Hudák told Sme. “I thought that it belonged under Košice, that it is one district. I was not aware of travelling to another district.”

Police could have warned him, ordered him to return or have given out a lower fine.

Ombudswoman Mária Patakyová is aware of the case.

“If you do not agree with the €500 fine, we will fine you €1,600 and send it to the Interior ministry,” police officers said, according to Hudák, when he asked why the fine is so high.

Hudák lives in a Roma settlement. He and his family live from a monthly €300 material need benefit. It may be a problem for him to pay the fine.

“You will make an instalment plan,” the police officers told him.

Police did not notice lockdown exemptions