Wander around a romantic castle, visit the highest peak in the Small Carpathians and taste the "drink of Gods". 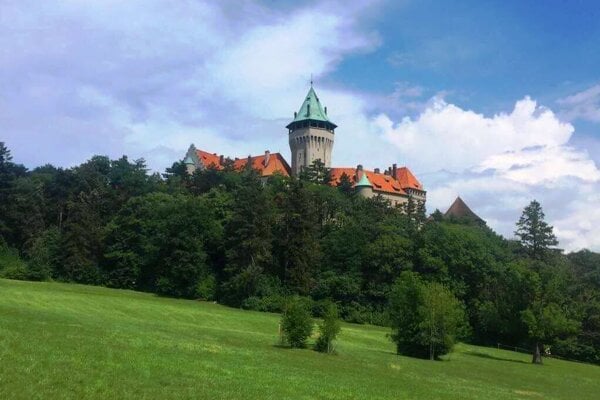 The corridors of the iconic Louvre museum echo the hurried footsteps. Suddenly, silence, and stopping in front of a small painting.

A beautiful woman with a mysterious and thoughtful smile gazes back. In the 16th century, the artist painted in her smile an unknowable secret message.

The Mona Lisa is a masterpiece of the multitalented Leonardo da Vinci, the archetype of the Renaissance man and universal genius.

And a painter, sculptor, thinker, and inventor.

He was fascinated by the phenomenon of flying, and constructed a flying machine, which he tested on 3 January 1496. Unfortunately unsuccessfully.

But he was also obsessed with the construction of the parachute.

A young man jumps from a 15-storey building in Washington, D.C. To test his spectacular invention. The parachute.

His name is Štefan Banič. And his birthplace is near the Smolenice Castle.

Built on a strategic hill

What a fabulous place Smolenice is!

In 7th century BC, there were people here, the Kalenderbergers living in mysterious Molpír.

Molpír was a historic fortified place, located on a hill in the forest near Smolenice Castle. Built seven hundred years before Christ's birth on a strategically important hill on the edge of the Small Carpathians. With a total area of 12 hectares, it consisted of three courtyards, two forecastles, and an acropolis.

All artefacts found here are a confirmation of the presence of a developed culture, which used a building technology still employed by the Celts a century later. Also found at Molpír is evidence of a temple, obelisk, both used as sacrificial altars.

As quickly as it was built, it was destroyed, possibly by marauding Asian Nomadic tribes.

A romantic castle, waterfall and mead

Today, the castle is surrounded by a huge English garden. Sit here a while under the trees and harken to the tragic love story of Ladislav Očkaj, a soldier of the Rákóczi's army, and Iľka, the daughter of the castle's castellan. 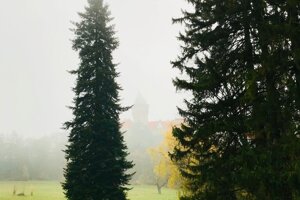 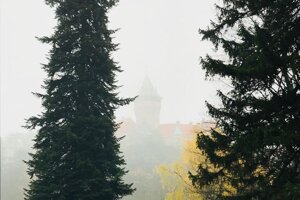 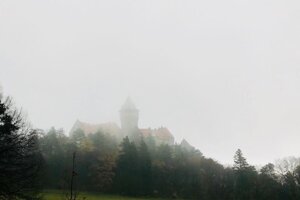 Smolenice Castle and its surroundings (13 photos)

And above you, the silhouette of the romantic castle will rise to the sky. This castle was constructed in the 14th century, like its Kalenderberger predecessor, to protect the pass through the Small Carpathians. The noble Pállfy Family rebuilt it at the beginning of the 20th century in a style, which you can still experience today.

And in front of you, several hiking paths zigzag. One of them will lead you to the Hlboča valley with the only waterfall in the Small Carpathians. The second stop could be the Havrania skala rock, a very popular climbing spot. And finally, with the green and red marked hiking path through the Čertov žľab valley, you will reach the highest peak of the Small Carpathians, the 768 m high Záruby mountain.

The drink of Gods

Returning to Smolenice, you may sample the local mead, which according to legend is older than mankind, and was the drink by ancient Gods, Celts, Slavs, Greeks, and Romans. Finishing your glass, perhaps, you will find yourself transported, by this magical elixir, to the Renaissance.

To Florence, where the Medici, the Godfathers of the Renaissance, reign.

And down its streets walked a young and dynamic Michelangelo, and an older and more moderate Leonardo da Vinci.

The first sculptured David, the embodiment of male power, from the a single piece of marble.

The second eternalized, with oil and canvas, the secret of the women's enigma in the Mona Lisa.

We can explore secrets and beauty every day, even in the Small Carpathian forests with their mysterious castles.

And why are secrets so beautiful? Because of the struggle of discovery.