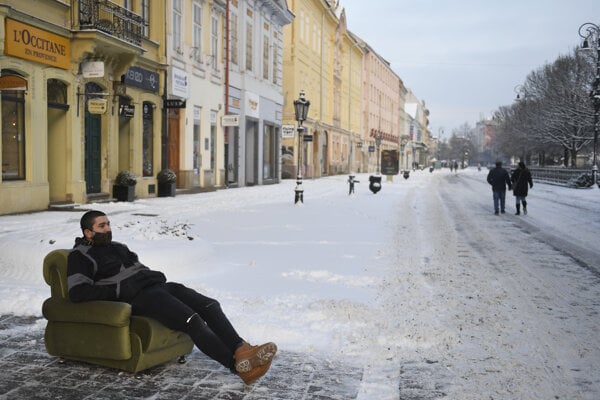 A man wearing a face covering sits in an armchair on the snow-covered Main Street in Košice on January 13, 2021. (Source: TASR)
Font size:A-|A+17

Slovak architect Lenka Petráková has won the Grand Prix 2020 competition for her design of a floating station that cleans the ocean.

“The station should collect plastic remains from the water surface and dissolve it into recyclable material,” Petráková said.

She was inspired by water animals and plants when designing the station, which consists of five parts. However, it is not just a garbage collector set in the ocean. The station includes greenhouses, an R&D centre, as well as a residential area.

“I think the project caught the jury's attention with the way it cleans the water and creates a community that educates and studies water processes,” Petráková noted.

The Strait of Gibraltar channel swim challenge must wait

Following her successful English Channel swim, Slovak paramedic Zuzana Jusková is hoping to swim across the Strait of Gibraltar soon. Nevertheless, the pandemic and the migration crisis have put her goal on hold. In the meantime, she is enjoying another hobby of hers – winter swimming.

Have you been to these Bratislava places?

With tougher coronavirus restrictions in place, explore new spots in Bratislava - if you, of course, live there. You will learn the Danube does not end in the Old Town, or you may enjoy better walking on a road used exclusively by border guards in the Iron Curtain times. See more tips for yourself. 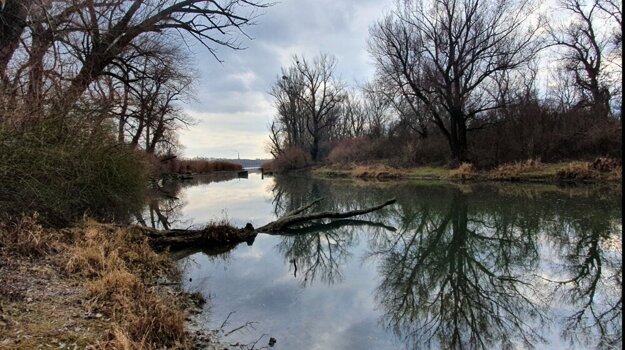 American Andrew Giarelli spent a semester in Bratislava ten years ago. Dive into his recollections of the Slovak capital, including his first days at Hotel Kyjev and the language barrier. The beginnings may have been tough for him, but Giarelli fell in love with Bratislava in the end. Has he managed to revisit the city, though?

The app that makes reading fun for children

Ilya Novodvorskiy, an American developer and father based in Prague, has created a reading app that multilingual households, in particular, will find of use.

The app called ‘Readmio’ allows for reading a traditional foreign-language tale in English and vice versa, and it is also equipped with plenty of sounds and music. Besides English, the app is available in Czech and Slovak for now. 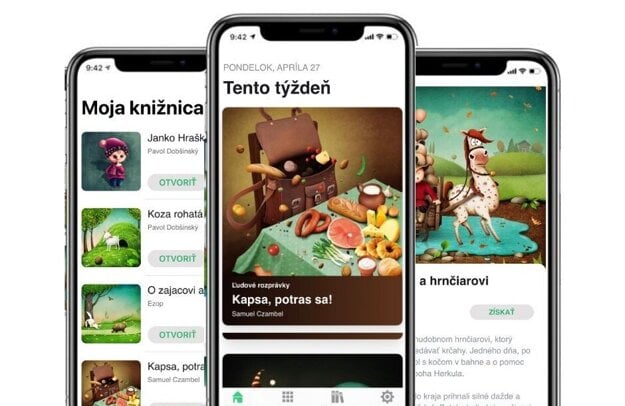 Families can choose from dozens of tales known to readers in the Czech Republic and Slovakia, as well as in other countries. You may know The Three Little Pigs, Daedalus and Icarus, but have you read Hey, Ho – Ground, Open Up?

“We often hear that parents use it as motivation for kids to start reading,” Novodvorskiy told expats.cz.

What is the first thing you see as you drive in Bratislava from Vienna? Either a castle, or Petržalka, the largest borough in Slovakia, which has been a part of the Bratislava landscape for decades. Tom Philpott is definitely not impressed by its dys-functionalist architecture. 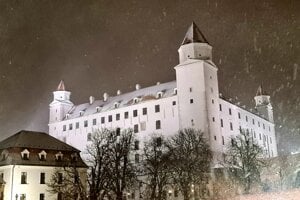 The photos, taken in the summer and published by a regional tourism organisation, include shots of the Black Váh, Liptovská Mara, the Liptov mountains, valleys, and tourism centres. Winter photos will also be added. The photos are accessible here.

The valley Zádielska dolina, located in the Slovenský kras national park, is a 10-kilometre-long valley. You can enter it at an altitude of 1,005 metres above sea level under the Osadník peak. A monumental karst gorge, waterfalls and other formations are part of the area. 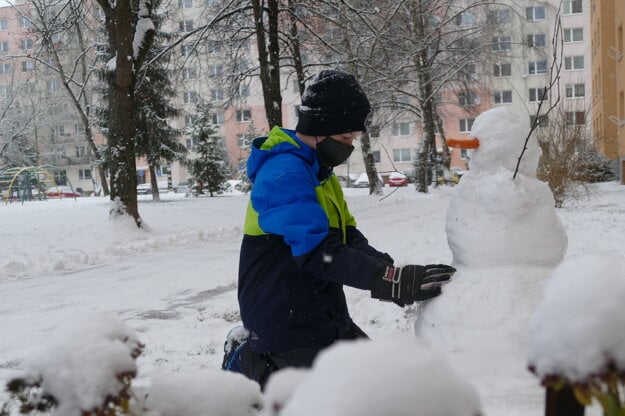 MEDIA: Changes to media legislation is said to introduce the constitutional protection of journalists, Culture Minister Natália Milanová announced in reaction to surfaced information on the alleged monitoring of journalist Monika Tódová by unknown men.

LIBRARY: The Slovak National Library in Martin made accessible, in its digital library, the first national Slovak library – the Uhro-Slowenská Bibliotheka of Michal Ressetka. The digitised library consists of 115 documents.

FESTIVAL: The FIPADOC Biarritz International Documentary Film Festival in France will have a special focus on the Visegrad countries this year. Out of 16 films, two will represent Slovakia – The Good Death (2018) and The Band (2018).

PERFORMANCE ARTS: The Sándor Márai virtual performance is held on January 15 at 20:00. The dance theatre performance maps the life of journalist and writer Márai, who was born in Košice. 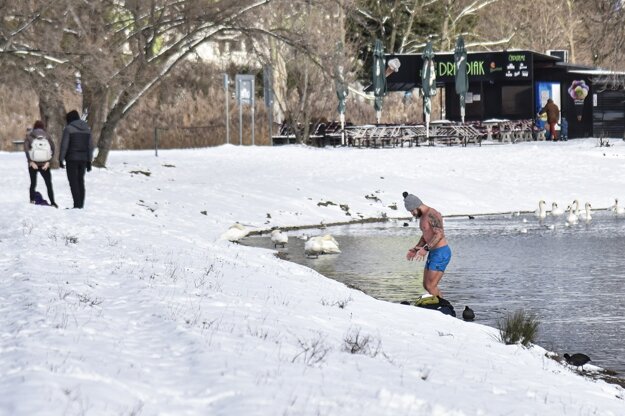 A winter swimming enthusiast comes out of the Veľký Draždiak lake in the Bratislava borough of Petržalka on January 13, 2021. (Source: TASR)

The international group Libertatem Ensemble, made up of musicians from central Europe, has released 40 dní [40 Days], a single from their upcoming album Hiawatha.

“The album title refers to Native American mythology. Fascination with nature, supernatural forces and the phenomenon of dreaming are the cornerstones of the nine original tracks,” said singer Robert Pospiš.

The album was recorded in Bratislava and supported by a public fund that supports the culture of minorities. And now, let’s have a listen.

That's it for this week. Enjoy the weekend!