The saint under Orava Castle has been restored

Ján Nepomucký, Orava's favourite saint, has often been put up on pillars near the roads. 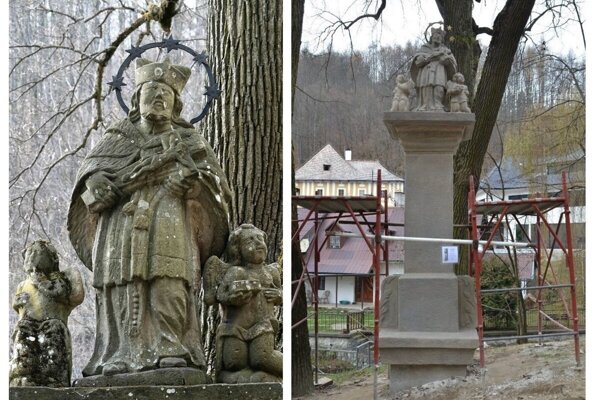 One of the many depictions of Ján Nepomucký is located near the entrance road to Orava Castle. It stands among the linden trees and bears a strong position as it is made out of stone. The statue of the saint with two angels on its pillar comes from the first half of the 19th century.

The many years and weather changes this statue has endured are reflected in its state of condition. However, the P.O. Hviezdoslav Museum in Orava has organised proper multi-step restoration to bring the statue to its original glory, as written in the regional daily My Orava. The museum as well as the Ministry of Culture made a donation to restore the monument.

The head of the museum, Mária Jagnešáková, claims "the monument has suffered damage due to changing climate conditions". She also mentions that "the statue was covered in a layer of moss and biocorrosion due to its proximity to the trees". 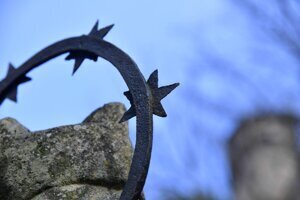 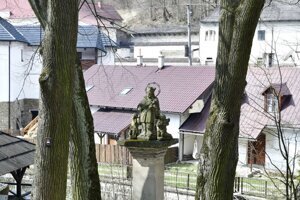 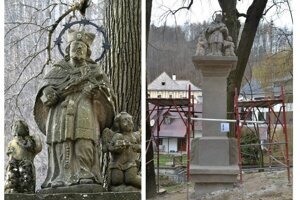 The restoration included a detailed inspection and handling. Those involved estimated the aesthetic value of the monument and documented the extent of restoration changes that had to take place. Mária Jagnešáková mentioned that the angel on the right-hand side had to undergo a complete restoration. In the end, the angel was replaced with a copy and the original was put into a depository.

Ján Nepomucký is the patron saint of confessors, priests, rafters and millers crossing the river. According to legend, Saint Ján was a martyr who did not want to reveal to King Václav IV the sins his wife committed. The king threw him off the bridge in Prague and into the Vltava river. This is also why our ancestors built the pillars near the watercourse.

The oldest known pillar depicting Saint Ján Nepomucký is in the Breza municipality. It was built approximately four years after Ján Nepomucký was canonised by Holy Father Benedikt XIII.