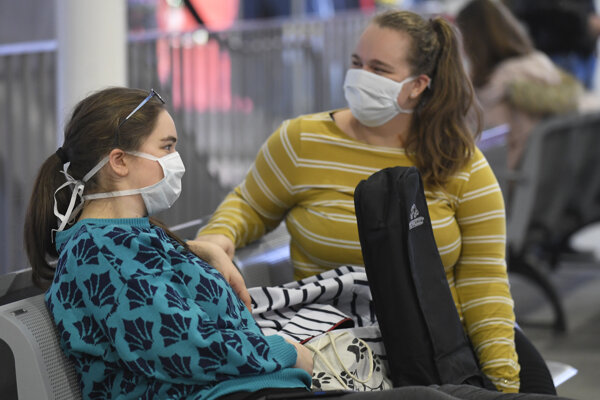 An avalanche of adjectives starts pouring out of David Rubin when asked how his past year was: difficult, bizarre, disruptive, frightening, maddening, uncertain, tedious.

“If I did not have people to help translate things that I did not understand, then it would have been much more difficult,” says Rubin, a New Yorker who settled in Slovakia more than a decade ago and went on to co-found an English language school in Bratislava.

His description sums up the experience of most foreigners living here, be it the girl at the cashier in your supermarket, your Spanish language teacher or the medical student who took your COVID swab the other day.

During the pandemic, Rubin’s school would send regular updates to their teachers - foreigners, to add to the efforts of the NGOs and English-language media. The state authorities were slower to catch up back in the spring, leaving those who do not speak Slovak hanging. Some found themselves trapped in very specific life situations. But for most, the pandemic-related questions were universal. Will I be able to visit my family? Can I keep going to my office or serving food at my bistro? When will my kids go back to school?

If you’re a foreigner, you probably needed to work twice as hard to get hold of the answers.

“Even in good times, the Slovak authorities have very little information about the fact that there are foreigners here in Slovakia,” says Anca Dragu, a journalist on the English section of the public-service Radio Slovakia International, who first came to Slovakia from Romania in 2000 and has lived here ever since. The communication between the authorities and foreigners since the outbreak of the pandemic was "close to zero", she said, except for information about crossing borders.

Like many other issues this country has yet to deal with, the pandemic highlighted this lack of awareness about the inhabitants who are not citizens.

“People were lost in the amount of paperwork they were asked to do in order to apply for state support,” Dragu sums up the questions she has been receiving from her listeners. “Of course, Slovaks were also lost in it. So no discrimination in this sense, except for the language barrier.”

It follows from the experiences of NGOs working with foreigners, and that of Radio Slovakia International and The Slovak Spectator that many struggled with the bureaucracy around it.

While it is in the state's interest that all the people who inhabit its territory understand the rules, foreigners have noticed that the explanations and clarifications they have missed ever since the outbreak of the pandemic were missed equally by citizens.

Nikita Zharinov who came to Slovakia from Moscow stresses that foreigners do not demand to be treated in any special way or with any special attention.

“If you are living in a country, you should understand the local language at least a little bit,” he says.