Bratislava does not have to be tested in the second round

The final data of the nationwide screening were presented. 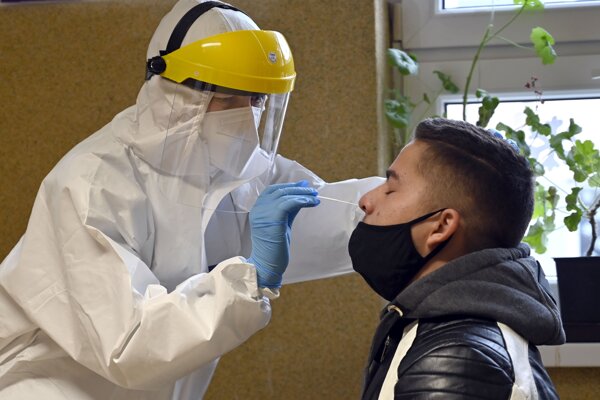 Altogether 2,949,017 people attended the nationwide testing, which the government has now dubbed screening, between January 18 and January 26. 36,547 people were positive, which represents 1.24 percent.

The highest share of positive test results was in the Dunajská Streda district (3.31 percent), followed by the districts of Topoľčany (2.63 percent) and Hlohovec (2.61 percent).

This stems from the definite results presented by PM Igor Matovič and Health Minister Marek Krajčí (OĽaNO) on January 27.

Compared with the previous nationwide testing held last autumn, the share of positive cases was a bit lower, at 1.02 percent. However, the number of people who attended was higher, amounting to some 3.6 million.

“The aim of this screening was to find out about the current situation in Slovakia,” Matovič said. 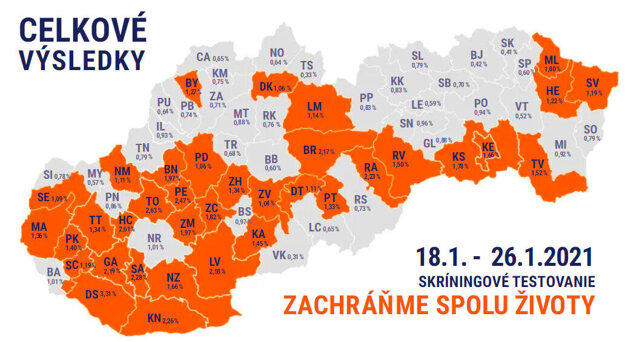 The definite results of the nationwide screening. (Source: Government's Office)

The second round of screening will take place only in 36 districts where the share of positive cases was higher than 1 percent. This means that people will have to take a PCR or antigen test in order to travel to work, go out to nature or go to the post office or bank from February 3. 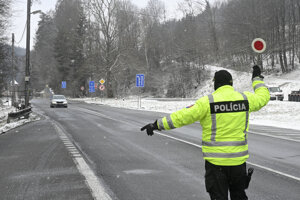 Most of these districts are situated in western and southern Slovakia. Among the exceptions from the second round are the city of Bratislava (counted as a separate district).

In the remaining districts, a negative test result will not be required.

More details will be presented on Friday, January 29.

Schools will most likely stay closed

The central crisis staff also met on January 27, but no details have been revealed yet as it will continue discussions on Thursday.

They discussed various measures and potential changes to the COVID automat alert system that is expected to be launched on February 8. 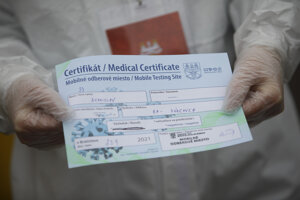 One of the discussed topics was the reopening of schools. It is very probable that they will have to continue remote classes after February 1.

The situation will also be discussed by the epidemiologic team on January 28. Both Krajčí and Education Minister Branislav Gröhling will be present, the SITA newswire reported.

The final decision will be announced after this meeting.