People do not come from one hotspot, the city opined. 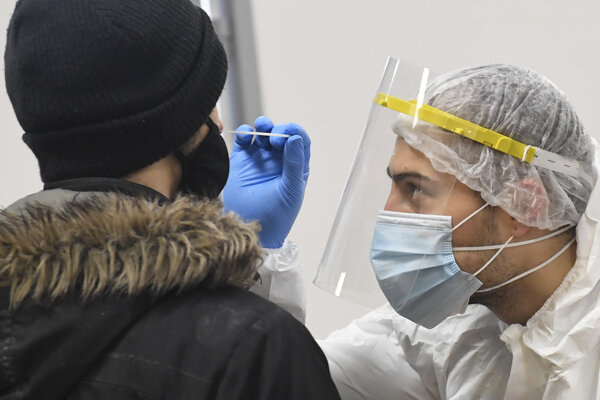 The strong presence of the British variant of coronavirus has been confirmed in Bratislava, city representatives have said.

“We looked into the share of the British variant from the total number of positive results during the weekend testing,” sates the city's Facebook page.

They have uncovered nearly 50 positive cases from all the testing sites that were open. They subsequently offered people the possibility to be tested with PCR tests.

28 people attended for PCR testing, with one testing negative. Of the remaining 27, the British variant was confirmed in 23 cases, which represents 85 percent.

“The test sample is not big, but it represents the diversity of society,” the city added.

The people who attended the PCR testing were tested during the weekend at various sampling sites in all Bratislava boroughs, meaning they did not come from one specific hotspot, and were of different ages.

“We’ll leave the analysis of the data to experts,” the city continued, adding that the respective authorities, such as the scientists, epidemiologists and the government can use it when discussing measures such as further mass testing and the reopening of schools.

The Slovak Spectator will bring more details as the situation develops.