Settlement in eastern Slovakia where positivity rate is 27.3 percent guarded by police and army

Hygienists are studying samples to see whether the British variant has spread in Sačurov. 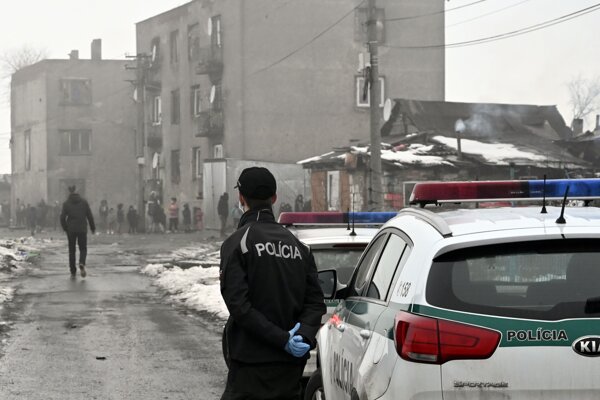 After the outbreak of the pandemic in the spring, several settlements where marginalised Roma communities were enclosed by police tape, with soldiers and police guarding against people leaving.

The situation is now being repeated in the village of Sačurov in Vranov nad Topľou in eastern Slovakia where the positivity rate has reached 27.3 percent, the regional daily Korzár reported.

“Policemen have been guarding the settlement since Wednesday and they have also assisted with testing,” said mayor Peter Barát on Thursday morning, as quoted by Korzár. The army arrived on Thursday afternoon.

Only five during the first round of testing

During the first round of testing, only 458 out of 750 people came to give a sample.