She made the decision after a press conference on EU funds. 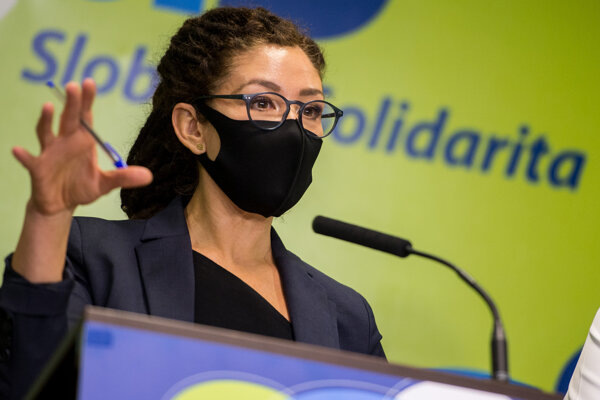 Her decision came shortly after she held a press conference at which she criticised Investments Minister Veronika Remišová (Za Ľudí) as responsible for Slovakia losing about €1 billion from EU funds. The claims were later disproven by both Remišová and the EC Representation in Slovakia.

“The case I started created problems for my party and intensified the tensions in the ruling coalition,” Ďuriš Nicholsonová wrote on Facebook. “I failed to manage a press conference that seemed like an attack against Veronika Remišová, for which I’m sorry. I know as a politician that form is often more important than content.”

She is staying in the European Parliament, and will try to cooperate with the Slovak government.

“I believe my voters will understand that my departure is not cowardice, but accepting political responsibility,” Ďuriš Nicholsonová added.