Coronavirus in Slovakia: what is going on?

The answer is just three words. 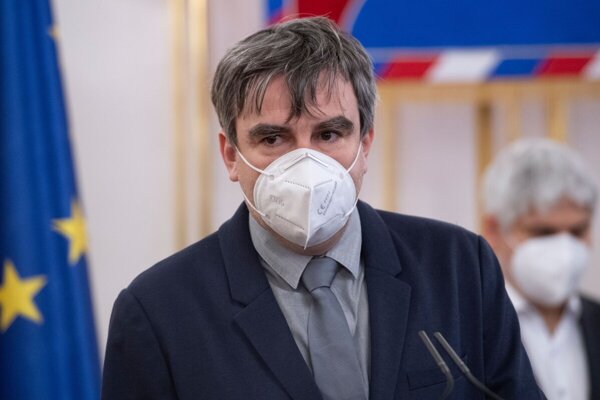 Richard Kollár is a mathematician. He delivered this speech during the press conference after a meeting of scientists with President Zuzana Čaputová on February 16, 2021.

I am a mathematician and I will speak exclusively about numbers and data. I will answer one question, often posed by journalists and the wider public - how we are doing and what is going on regarding the pandemic in Slovakia.

I will try to sum up all the things we do not know.

We are missing absolutely key data to be able to assess the effects of our measures, and the epidemiological situation we are in.

We don't know that about ventilators either, because the numbers we have do not match. When you put the arrivals and the departures in an equation, you do not get the number we have got now.

We don't know how many infections are hospital-acquired.

We don't know how many patients are transferred from Covid to non-Covid wards in hospitals.

We don't know what is the structure of the tests we are performing.

We don't now how many tests have been done per health indication in hospitals, how many were indicated by epidemiologists or self-indicated.

We don't know how many tests were part of screening.

We don't know how many tests are performed in hospitals and what are their results.

We have no information about tracing.

We don't now exactly how many people have been traced and how many have been indicated as positive. We don't know how many of the people who were found through tracing ended up in hospitals.

We don't know what the effectiveness of our tracing is.

We don't know where the problem lies.

We don't know about the new variants. We probably have the best tests in Europe to find that out. We are the only country with tests for the British strain. Yet we still don't know how its prevalence developed in the Slovak samples in January. We have looked at one day's sample, but we have no clue how it developed in time. Even though there have been promises and interest in doing that, we still do not have that data.

We don't know how many people got infected where and we do not report such numbers.

We don't know how the opening of schools last week went, and how many have been closed.

We don't know how many people have passed through the border crossings and we don't know which countries they came from; how many then end up positive and hospitalised.

As for the tests proposed by the Education Ministry, we don't know how they have been validated and what are their parametres. We know they are being purchased, but we don't have a clue what they will look like.

We don't know how things stand with hospitalisations.

We have no idea how to calculate the reproduction number, which is why we don't dare to announce it during press conferences.

We have no clue how these three parametres are combined and evaluated on the level of districts.

We don't know why some districts have the colour they have.

We don't know why the Health Ministry laid off 10 percent of its staff as part of the corona-crisis measures just like other ministries, and why they have not reinforced the analytical units.

We are in a data hell. And we don't know if we are facing another wave; if it will be stronger than the one we are going through, or milder.

We don't know if we are facing the same fate as the Czech city of Cheb, where a quarter of a percent of its inhabitants have died in the past five weeks. Perhaps Slovakia is facing the same.

We don't know, we have no way of knowing what is going on.

Thank you for singing up. Shortly an email will be sent to the address you provided to verify your e-mail.
Error! Please try to register again later, your e-mail was not registered.
Your email is not in a correct format.
Please confirm you are not a robot.
Share on Facebook (468)Comments disabled