Legendary Umelka gallery will get new pavilion and podium

The venue witnessed onset of the 1989’s Velvet Revolution. 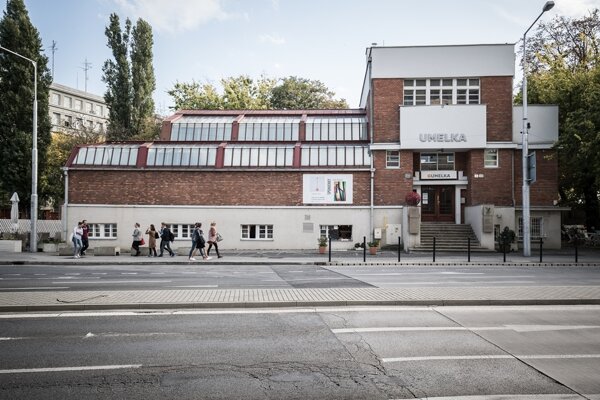 The brick-pattern Umelka gallery at the edge of the very centre of Bratislava is not only a milestone in Slovakia’s architecture, but also a witness of turning points in the country’s history. It saw a man baring his chest in the front of a tank from the invasion of Czechoslovakia by Warsaw Pact troops immortalised by photographer Ladislav Bielik while artists and other activists launched here the Public Against Violence (VPN), the crucial movement behind the fall of the previous totalitarian regime in Slovakia. Now it is gearing up for extension and modernisation.

“The iconic cultural venue Umelka has an ambition to enter its next centenary of uninterrupted services to the public in a better form,” reads the press release of its owner and operator Slovak Union of Visual Arts (SVÚ).

The ambition of SVÚ, an umbrella organisation of professional visual artists, is to make from Umelka a new community and artistic hub in the city centre.