Dutch MEP who has monitored the rule of law after the murder of Ján Kuciak and Martina Kušnírová says the system was the problem in Slovakia. 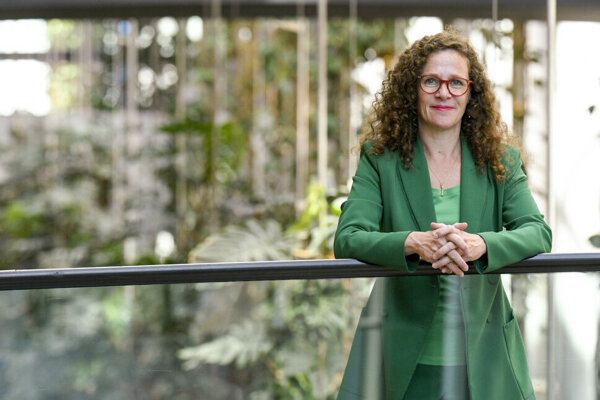 Murders happen in other countries too, but if the system works, everything leads to a punishment for the murderers and the people behind them. After the murder of journalist Ján Kuciak and his fiancée in Slovakia, the system was a problem, says Dutch MEP Sophie In ‘t Veld, who led the monitoring missions to Slovakia in the months after the murder. She is still involved in the assessment of the rule of law in the country. Slovakia has come to terms with the murder better than Malta, where a journalist was also murdered, she says. There are people in the state bodies who mean well, but it is still fragile, the MEP stressed in an interview with the Sme daily.

Do you remember where you were and how you felt when you first heard that journalist Ján Kuciak had been murdered in Slovakia?

Sophie In’t Veld (SIV): I do remember the shock. It was also the second murder in a short period of time. Journalist Daphne Caruana Galizia had been murdered shortly before in Malta; therefore, this murder was even more shocking because you got the feeling that something was going on. It wasn’t a single, isolated incident. There was a much bigger problem so I was very horrified.

You came to Slovakia two weeks after the murder. What surprised you the most? What were the most shocking things you saw or heard?

SIV: It’s difficult to say; you can’t say one thing was more shocking than another. It was all extremely worrying. When we visited, we were focused on what was happening, what needed to be done. The first visit was really a fact-finding mission. More and more details emerged in the months following and during the trial especially, and it hit closer in a way. You could imagine the people concerned and then it got very personal. Of course, we were looking first of all at the issue of murder but also at the system, because you can have other countries where somebody gets murdered but the system works. The system will try to find the guilty party and bring them to trial. Here, the system was the problem. Of course, if you are looking at a case like this, it’s unavoidable that you feel what it means to people personally. You can never fully imagine but you come close.

What do you mean when you say it got personal?