Voting is a civic right rather than a civic duty 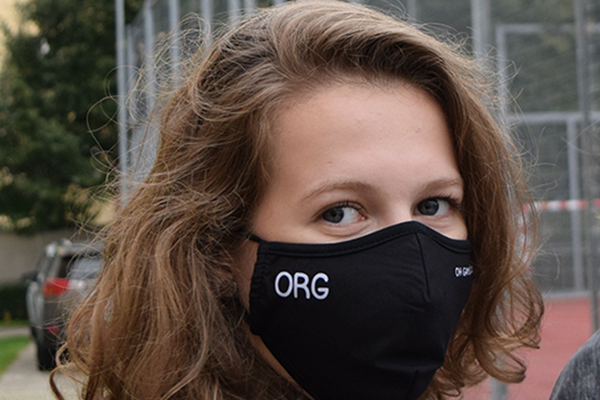 A 17-year-old student from Gymnázium Grosslingova in Bratislava, Zuna Hochelová chose the interesting topic: “To ensure democracy, should voting be a requirement as it is in some other countries, such as Australia or Latin American countries?”. She is grateful for having the chance - as a young person - to express and present her opinions, and she sees the importance of properly formulated ideas based on relevant data, and calmly communicated truths. Her essay won 1st place in Category B.

For decades the Western countries who guarantee human rights and the rule of law have been considered a bastion of democracy. What is essential is their ability to hold democratic elections. Every citizen has the possibility to vote for their representant in the oncoming government. However, the world’s average of voter turnout has plummeted over decades. It seems that voters have been losing their interest in participating in politics. Some countries reacted by establishing compulsory voting. There arises a question, whether such requirement ensures democracy or vice versa - stands against it. Even though it may seem as a fair policy, I believe that it cannot fulfil the ideal of democracy.

First of all, it is fundamental to look at the chance of voting as a civic right rather than a civic duty. A right is a privilege and it can be ablated from people. On the other hand, one’s duty must be accomplished otherwise a punishment follows. The supporters of compulsory voting consider the participation in the election a duty of all citizens. Yet voting should be seen as a civic right since it is a favour given to citizens. It is possible to divest this right for instance from people convicted of felony. Usually there are no penalisations when one does not vote, which can be seen even in countries with mandatory voting as some of them do not enforce it. The right to vote is also stated in the Universal Declaration of Human Rights.

Assuming that voting is a civic right, it naturally comes along with the right not to vote. There should not be a punishment if one decides not to exercise their rights. To give an illustration, freedom of speech ensures the opportunity to express opinions freely. But every human can say nothing if they wish. It would be undemocratic to force people to speak provided they do not want to. At the end of the day, staying quiet is either a form of expression. It is democracy which ensures the respect of people’s decision to exercise their rights or not. Compulsory voting stands against the freedom of choice and the principles of democracy.

Non-voters have their certain reasons and this should be respected. Otherwise, negative impacts of compulsory voting may arise. According to World Development report (World Bank, 2017), in 1945 the world average voter turnout was around 80% but in the following years the number was declining and till 2015 it fell deeply below 70%. Even the countries with mandatory voting noticed the downturn. For instance, in Greece the turnout decreased from 77.20% in 1951 to 57.78% in 2019. Dislike of candidates or disillusionment belong among the most frequent reasons of non-voting. Many people are also convinced their vote would be wasted or they simply are not interested in politics. On the other hand, it is to be mentioned that even these voters react to political or social breakthroughs. It could be seen in Slovakia, where growing dissatisfaction with ruling PM, Vladimír Mečiar, led to the over-eighty-percent turnout in 1998 election. Compared to the previous election it was a ten-percent increase. Indeed, compulsory voting would not change these tendencies. It could only cause negative effects in the society.

Providing the demanded participation in election is introduced, the number of informal and “donkey” votes rises. Compulsory voting does not require properly fulfilled ballots. That is to say people who do not want to vote but despite this are forced to, often express their opinion via an informal ballot – blank, signed or given to a void candidate. By all means, the number of informal votes is boldly higher in the countries with mandatory voting. As shown in the data of the International Institute for Democracy and Electoral Assistance, in elections between years 1946 - 2020 in Australia (required voting) the average of informal votes was around 3.34% albeit in New Zealand (voluntary voting) it was just 0.66%. In Latin America, where compulsory elections are common, the rate of uncountable votes occasionally exceeds 20%. Average figures reached approximately 15% in Brazilian parliamentary elections in years 1945 – 2018. What remains secret is the count of so-called “donkey” votes. These ballots comply with all the formal requirements, but contain illogical preference or quick-marked first option. These electors may be uninterested in the results and come just to accomplish their duty, as the voting is compulsory. However, “donkey” votes are formally correct and therefore are counted. Nobody knows how much they affect the output.

The most important consequence of compulsory election lies in the relation between the government and the society. Proponents of required voting claim that the higher turnout is, the more trustful the oncoming government will be, because it will reflect the opinion of bigger part of the nation. This point does not include a key-stakeholder – the non-voters. Assuming some citizens do not vote because of the candidates, they possibly distrust the current government nor the oncoming one. People can easily get angry or feel unheard when forced to give their vote to politicians they dislike. They tend not only to blame the government, but the system as a whole. They perceive the democracy unfair and do not believe state institutions (courts, police etc.), as they seem to be supporting the wicked system. This utopia scenario points out how mandatory voting polarizes the society.

We live in the modern world where democracy was successfully established and henceforth it has been flourishing. We benefit from it – humanly and economically. Therefore, we should respect both its values and conditions. As it was stated in the beginning, one of the most important parts of democracy is the electoral system, in which every citizen has certain right to vote. But it only can ensure democracy when the participation is voluntary, only when all reasons of both voting and non-voting are accepted. Then the government and institutions are credible, the society is not polarized and democracy is healthy.