We need to build bridges instead of walls to prosper 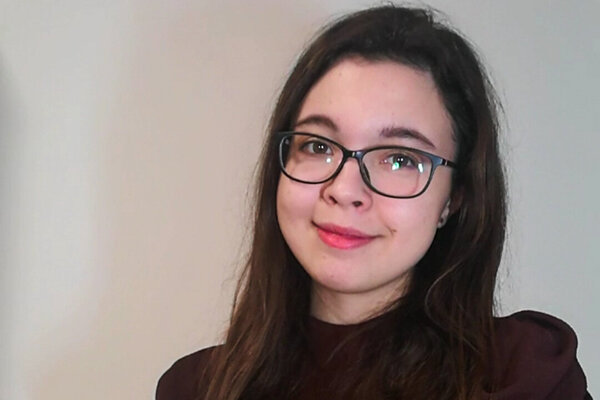 A 16-year-old student from Spojená škola Novohradská in Bratislava, Lucia Dutková chose the topic "Does building walls help with solving the problems?". In her essay, awarded 2nd place in Category C, she reflects on the importance of not building walls between us as this solution doesn’t help society to solve the problems we are facing nowadays.

Throughout history, walls have been commonly used by humanity as answers to our problems. Despite the fact that we have seen many walls being breached and falling apart, it seems to be a rising trend, and more than 40 countries have erected border fortifications since the fall of the Berlin Wall, mainly as a way to deter outsiders from coming to the country. From one perspective, it might seem as an easy solution, to just build a wall and separate ourselves from the conflict. But what we tend to forget is that just because we put a problem behind a wall, it does not automatically solve, nor disappear.

The act of building walls has its origins in the very nature of humans to protect themselves from threats. At their fundamental level, walls represent psychological structures we create in our heads, self-protective barriers that we put between us and the rest of the world to protect and defend ourselves. The reason for this behaviour is simple, we are naturally cautious and putting a “wall up” allows us to keep our distance, and be safe from harm that might be caused by a closer connection to something or someone, in a fear of attack, rejection, or betrayal. What this means in real life is that because of walls, we tend to be unapproachable, reluctant to open ourselves to new things, and when encountering a problem or a dispute, it is much harder for us to be emphatic and listen to the other side.

Similarly, walls work this way even in their physical form in a larger context, diving groups of people, or even whole nations. But because it is no longer only a matter of an individual, the effects of these physical walls are far more adverse. First of all, their fundamental function, division, causes people to stop seeing nuances, and think of the conflict dichotomously, and adapt the “us” vs “them” mindset. This black and white thinking highlights the differences between people and prevents us from focusing on similarities, which results in limited empathy for the people on the other side of the wall, and gives space for vilification to thrive.

It is not uncommon that people, whose ancestors have immigrated to the country they were later born in are thanks to walls started to be regarded as “the others”, becoming the targets of hatred despite being legitimate citizens, only with different origins. Moreover, walls combined with this dichotomous mindset make dialogue between the conflicting sides almost impossible, because they act as a barrier that frames the other side as dangerous and foreign, causing us to be reluctant to listen to each other, disassociate from the people on the other side, and not even try to understand their perspective. And exactly this absence of cross border dialogue prevents us from reaching a compromise and finding a solution that would be feasible for both sides.

Furthermore, even if we say that we are not interested in solving problems through diplomacy and discussion, walls still cannot be regarded as a solution, because as every human invention, they are not 100% efficient. Instead of providing security, their actual function is to rather imply the feeling of security, representing material evidence that something is being done to tackle the problem. But instead of the cause, walls focus on averting the consequence of the problem, and therefore cannot be regarded as a solution. For instance, building a wall on the border of the United States and Mexico does not stop migrants from attempting to cross the border, because they will start looking for other, more dangerous ways of how to reach their final destination, and their desperation caused by the wall could only lead them to risk their lives in order to get to the other side. No wall is insurmountable, as people who want to cross will always find a way of circumvention, and therefore fortification can never work as a solution.

One might argue that thanks to walls, ancient civilisations have been able to flourish, not be afraid of invaders, and therefore could focus on the enhancement of their living conditions, which gave rise to the development of humanity. Similarly, walls of the 21st century are being built in order to keep undesirable people, such as immigrants or asylum seekers out of the state, and protect the prosperity of a nation. However, even if we assume that walls are indeed a functioning protection, they act as a solution only if we do not care about the people on the other side. But I believe that our society is mature enough to be aware of the fact that we are no longer separate tribes, and if we want a better world for our children, we need to work together and stop turning our backs to each other.

Building a wall and not care about its impact on the people on the other side is not only inhumane, but also unhelpful with finding the solution. Instead of investing time and money in creating barriers, we should focus on addressing the problems that are behind the situation, such as the factors that force people to flee from their countries, or the lack of efficient strategies for managing migration in a considerate manner.

We can see that while the idea of building a wall might seem as a great solution, in reality, walls function as a rather false solution and only imply that we have failed to solve the problem in a diplomatic manner appropriate for our developed society, and we are unwilling to continue with our efforts. Whether psychological or physical ones, walls only foster disagreement and conflict, and complicate the process of collaboration and reaching a solution. The most pressing issues we are facing as a society, such as migration, can only be addressed when we all work together, and not shut ourselves out. Because if we want to live in a prosperous world, we need to build bridges instead of walls.