Democracy also includes the right not to vote 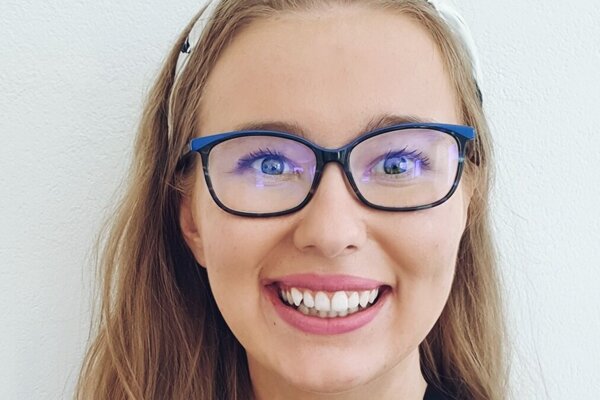 An 18-year-old student from Gymnázium Vel´ká okružná in Žilina, Alexandra Špániková chose the topic of “To ensure democracy, should voting be a requirement as it is in some other countries, such as Australia or Latin American countries?”. She said writing this essay, which was awarded 3rd place in Category B, was challenging, but at the same time, it provided a chance to learn many new things and to improve her English as well.

Voting right was not always a choice of freedom, it made a long journey from desired to required. In most democratic countries, voting is one of the most important rights but it is also a choice. You have a choice to vote whoever you want, however, you also have a choice not to vote. On the other hand, more than 30 countries, including Belgium, Brazil and Australia, have mandatory voting, or at least some form of it. The question is: “Are these countries with mandatory voting better off?” It is difficult to answer this question considering how many advantages and disadvantages mandatory voting has. In my opinion, voting should always be a right of citizenship but it should not be a duty.

The supporters of mandatory voting say that, in general, voters are more engaged in the process and it represents everyone. The democracy is for everyone, in other words, we should make public decisions together. Many people see voting as optional and that is one of the reasons, why a majority of eligible voters choose to abstain. Voters, who are more likely to avoid elections, are younger, poorer, less educated, immigrants or a part of another minority group. Another argument is that if voting was compulsory, politicians would probably spend less money every election to convince people to vote. The campaigns would be more policy-focused. In conclusion, the government would be represented by a true majority.

Some might argue that in the countries with mandatory voting, the government is less corrupted and more responsible for their mistakes because everyone is watching them. A lot of people feel like their voice in not heard and they might feel misunderstood. The most effective way to make sure your voice is heard is to vote and that is why voting should be compulsory. Each person's vote is expected and valued. So, if voting was required, it probably would encourage people to vote and actually change something. The politicians and elected leaders are supposed to represent interests of all citizens but that cannot happen as long as 50% of possible voters do not vote. The only solution to provide this is to make voting mandatory. Voting is one of the most important values that democracy gave us and we should never take it for granted.

The critics of mandatory voting argue that mandatory voting do not make countries more democratic or better for citizens. People should vote because it is their right, not because of a fear of being punished. To give an illustration, Australians who do not vote have to pay a fine of $20. If voters in Belgium do not vote in four elections, they can lose their right to vote for 10 years. Democracy means freedom of choice and instead of punishing people or requiring them to vote, we should find ways to encourage them to choose their leader, but because it is their right not their duty. Forcing someone to vote takes away their freedom.

One of the major arguments, given by those who are against compulsory voting is that it increases number of uniformed voters. They may end up voting randomly and in some places of the world it even increases the chance that someone might sell their vote. Nothing stops citizens who do not care about politics to vote. People who have no interest in politics care less of what they are voting for. They are less likely to learn about the candidates or parties and their views. With this in mind, uniformed voters are more easily persuaded and swayed by politicians and commercial advertising. Mandatory voting would introduce uniformed voters to elections what may in the end cause that the vote outcomes do not represent public opinions.

As far as I am concerned, voting should remain optional. Some would argue that compulsory voting is the best way to provide democracy for everyone. In my view, democracy also includes the right not to vote. In the past, many people did not have the right to vote, which means, they did not have a freedom of choice. Nowadays, in many parts of the world we have the freedom of choice even if that includes the right not to vote. All things considered, having a right to do something does not mean that you should be required to do it. Despite this, there is the same goal - to encourage the majority of citizens to vote and make sure that everyone is represented by politicians.