Media can greatly threaten our democracy

Sarah Krupšová was awarded 3rd place in the category of anglophone students of the LEAF Academy English Essay Competition. 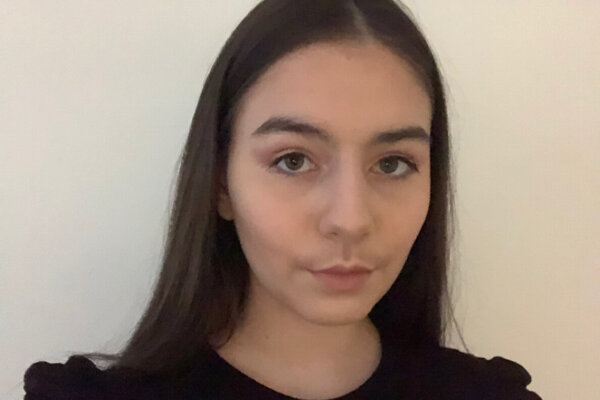 A 14-year-old student from Evanjelické Gymnázium Jána Amosa Komenského in Košice, Sarah Krupšová chose the topic "The role of media in a democratic society". According to her "the media plays a significant role that cannot be disregarded". In her essay, awarded 3rd place in Category C, she expressed her fears about the power of social media and the downsides that they bring nowadays.

For decades, humankind has been utilizing either traditional or digital media as a communication tool for providing daily news, receiving important information, or collaborating in creating innovative ideas with co-workers or contemporaries, without even realizing its tremendous impact on our lives as well as the structure of our community. But is this its only objective? Certainly, the answer is no; besides the purposes of information, education, socialization, and entertainment, the media also serves different functions, such as persuasion, and surveillance, which drastically affect people’s reasoning as well as choices in a democratic society. According to Robert A. Dahl ”A democracy is a system of government in which laws, policies, and leadership of a state or other polity are directly or indirectly decided by people.” Yet even in the process of a leader selection or just an ordinary workday, the media plays a significant role that cannot be disregarded.

Nowadays, when the entire system of democracy depends upon the choices of the general public, the media is undoubtedly indispensable for the proper functioning of the government, especially at the time of the presidential elections, when media explicitly educates voters in urban as well as rural areas on the main intentions of the political parties, and remind former politicians about their unfulfilled oaths. In contrast, the same platform could be easily turned into the core of manipulation when the required information is conveyed neither objectively nor factually accurately.

For instance, in recent years both private and state actors have stirred to gain leverage by getting mass media, such as television and Internet, under their influence mainly by spreading misinformation about the opposing candidates, usually using bots to create confusion among the citizens and consequently, persuading insecure people to alter their political affiliation in favor of a particular faction. This is often the case with social media since it is based on an algorithm that converts popularity into legitimacy; thus allowing users with more likes or retweets to create validity, which makes them seem more trustworthy. Furthermore, social platforms, such as Facebook or Instagram, despite the recent effort of the founders to stop the spread of disinformation, enable a lot of space for manipulation, as they freely allow populist leaders to communicate with their electorate without any constraints on the content, which may encompass various forms of misleading facts or even a complex conspiracy theory.

Indisputably, the media has evolved throughout the years, resulting in enormous innovations in its forms as well as intelligence. This would not sound as frightening if these advances were not used to reveal personal data about the users of a specific platform or even deliberately track their previous searches to adjust the advertisements according to passive digital footprints left by all the things people have done on particular websites; thereby allowing merchandiser to raise their profits by simply convincing possible buyers to purchase the same or similar product they have been looking at on a web page by intentionally promoting these goods to them without giving a real effort into it.

Online shopping is unquestionably a perfect opportunity for retailers to leave a cookie that works as a tagging mechanism to track the activity on each site on the device, letting them create targeted advertisements that would most likely suit the person’s taste based on the recent search history. In my opinion, creating such a system is convenient for business marketing, but on other hand, it has a reasonable impact on the costumers. Even though some buyers do not mind, because of this, the overwhelming majority feels as if they were constantly followed around, which may contribute to the negative feelings of insecurity along with distress whilst using the Internet.

More importantly, the media also possesses a negative influence on adolescents, as they usually spend innumerable hours watching television or keeping up with the era on social media. In general, the situation is especially harmful to children over 13, since their parents do not tend to look for them as much as they used to; thus allowing them to spend an unlimited amount of time texting with comrades, being on the Internet, or playing video games, which may induce to dangerous addictions to social media or online gaming, leading to numerous mental conditions, such as depression or anxiety. Furthermore, the excessive usage of media can also interfere with the quality of sleep, as these youngsters incline to fall asleep with their phone devices nearby, which exposes them to blue light, causing problems with concentration, hence a poor performance at school.

However, the issue does not concern just teenagers; in fact, the research shows that children between the age of 8 to 10 waste an average of 8.5 hours per day with online surfing, television programs, or even online games, which is, personally speaking, a drastic number considering their age. The frequent utilization of media can introduce them to violent behavior or illustrate the role models that are rather iniquitous than morally enlightening. If such deportment is repeated continuously, youths are most likely to learn and imitate these manners, which may render severe damages in their self-development, affecting not just the personality of children but also their future relationships.

In conclusion, today’s generations perceive the media to be an ideal place to frankly claim their opinions. But as a matter of fact, media does greatly threaten our democracy to the point where we are subconsciously compelled to fall into the traps of people who desire to control our society and diminish the privileges of ordinary citizens. Surely, the media also has its positive sides, however, its downsides without a doubt preponderate over all of its pros.