Thanks to my brilliant little brother, I have grown in ways my classmates can only dream about 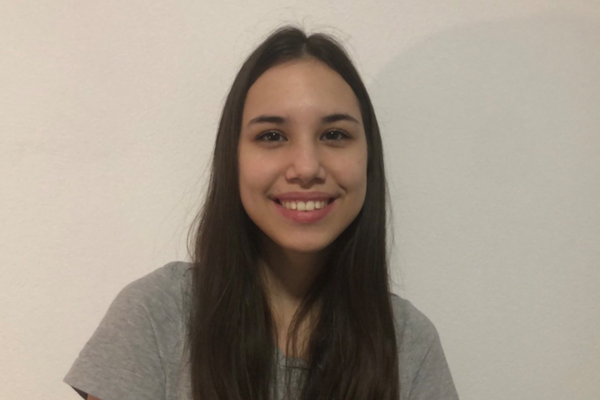 A 16-year-old student from Gymnázium Jana Matúška in Galanta, Patrícia Melová chose the topic of "What has influenced the course of your life the most and why?". She wrote this essay, which was awarded 1st place in Category A, about her little brother and how he changed her life.

Whether you go on the internet or you just listen to strangers’ conversations everywhere, you hear people telling a story about what changed their life. Sometimes it is used just as a phrase to say they discovered some amazing products that made their life easier. But it can also be a part of an extremely emotional story.

While there are numbers of people that changed someone’s life, I like to believe that changing a life is about moments. These moments may last five seconds and you realize months or years later that that is when the breakthrough happened. It does not need to be a big thing like getting a sign from the universe, escaping death, or becoming famous.

Minor details that do not get enough attention can also influence our lives without us even realizing it. Now I am not talking only about the alternations for the better because we all know it is not always bright and shiny. But whatever change happens, the good or the bad, it is all worth it one day. When you look back and you understand you would not be who you are if it was not for that one moment.

When I first thought about what has influenced my life up until now, I was not sure if I actually had an answer. I kept telling myself I have been always the same girl. Then one morning I woke up, and I knew. Suddenly it was all clear. I could not believe I had almost missed it.

6 months after my second birthday, my first younger brother was born. I do not remember that day, the following months, or the months before. What I am trying to say is that in my memory there was not a time when I was an only child. Me being a big sister was the only thing I knew and I must admit it made me angry most of the time. I do not want to complain, because that is not the point, I got used to it after a few years.

The genuine shock came when on my 12th birthday, our parents announced they were expecting another child. At first, it sounded like they were kidding, but believe me, they were not. I was not mad at them or anything, but I believe it was because I did not know what was yet to come.

Nine months later, my other younger brother was born. I remember being excited, happy, and even a little scared. Although I had some doubts about it, I immediately became a big help to my parents. After only a few months I was able to fully take care of him without my parents’ control. I have no idea how, but I sort of became a second mother. My mom and dad got too busy with work I had to cover for them and provide my little brother with the love and attention he was supposed to have.

After some time I slowly lost friends, I stopped reading books or doing my favorite things. My whole life was about school and my baby brother. It got to a point where he called me mom. That was when I knew it had to stop. I sat down with my parents and told them everything that I was holding back for three years. How I had to grow up too soon, how it had a terrible impact on my mental health or sometimes my grades, and how I had no one besides my family.

They apologized and tried to give me more free time to get my old life back, but even though I had my freedom back, I did not forget about my brother. The bond between us was already too strong, and I refused to give it up. He became my best friend, and I became his.

Now we still spend a lot of time together, I teach him new things; I buy him the best birthday gifts and when I see his cute smile, my entire world lights up. My love for him is unconditional and even when we spend weeks apart, he always hugs me when I get back to him.

Thanks to my busy parents and my brilliant little brother, I have grown in ways my classmates can only dream about. I learned patience, responsibility, maturity, my memory improved, and I made even better friends, who understand what I have been through, and most importantly I learned how to love.

To sum that up, it was not a moment that influenced my life. It was a person after all. Sometimes I get asked if I regret being a free babysitter and I always say no. Because it made me the person I am today and I love that person.