Fiction fandom helped me through the harsh reality of Covid-19 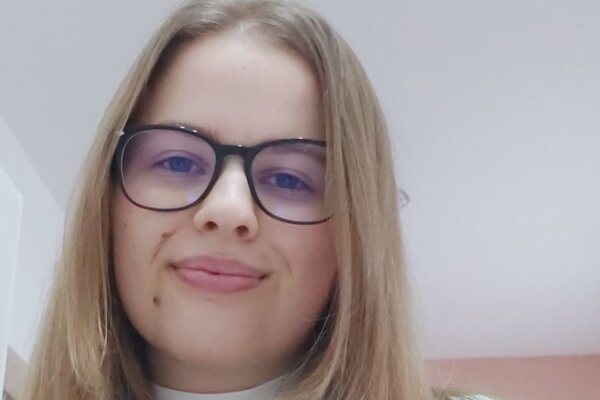 A 16-year-old student from Gymnázium sv. Vincenta de Paul in Levice, Viktoria Švecová chose the topic of "What has influenced the course of your life the most and why?". Viktoria delivered the essay, which was awarded 2nd place in Category A, about the fictional world that inspires and influences her. She loves to write in her free time and is motivated by her dad.

Everyone’s lives were influenced by something else. Some may say that their parents influenced their life the most or that someone famous did. But for me, it is people who aren’t even real. They are just a fiction, helping me go through my day-to-day life, without even knowing it. My life was mostly influenced by the Marvel Cinematic Universe or Harry Potter universe and their fandoms. It may sound pathetic or childish to you but it is real to me. I am sure that this isn’t the first time you are hearing of fiction influencing someone’s life. For example, the ‘stan’ culture were always a big thing. We can take Stark Trek or Star Wars as a good example. Being a part of a fandom was always a big thing. I spent my free time trying to find out more about these fictional worlds that inspire me. I also write fanfictions I read stories and I even have dreams that are set in the universes I adore.

The characters can help more than you might think. When the first wave of Covid-19 hit Slovakia, it was really hard for me. As a big extrovert that is at their best when with people, to be locked at home all the time was horrible. And when we got the information that we are staying at home till the end of the school year, I had a mental breakdown. The only thing that got me back onto my feet were these characters. There are many coping mechanisms which can help people, someone has isolation from people or listening to music, but mine is trying to hide in the world of fantasy where life is different and I try to imagine how it would feel to be there. To talk to them face to face or just to hug them. And let me say, just how amazing it feels to just to try and figure out how they would react to seeing you, or talking to you.

My comfort characters, as I like to call them, helped me to grow up. To be more mature, not to look at someone’s flaws or how to not forget that everyone can be going through something, even if they don’t look like it. How I always want to help other people, no matter what and make them smile, or how I never give up or lose hope. This is all of the stuff that they taught me and much more.

These fandoms changed my life in other ways too. It helped me a lot in my English and expanding my vocabulary. As I watch all of the movies, read the books or write stories in English, it helps me seeing and learning English from practice and not only in theory. After I started to investigate more the lives and stories of my favourite fictional characters, I discovered that I no longer have a problem when writing an essay or a short story for school.

Some may say that I am obsessive over people who aren’t even real, but for me they are. They even helped me more than some real people in my life. One of my best friendships was found through this ‘obsession’. Me and my friend Kaity met through an app called Wattpad. Firstly, we just commented on the same story and then interacted through the comments. Later on, we messaged each other through direct messages and we started talking more. We exchanged social media and quickly became close friends, communicating through only texting or calling as an only option due to her living in Australia. It’s going to be two years that we know each other and I couldn’t be more thankful for her as she helped me a lot as well. This applies to one of the many reasons why I feel so attached to these stories and worlds because an amazing friendship bloomed thanks to them.

In the course of this year I have lost myself and who I am over and over again. Trying to change, to be like other girls my age, but I am not. I was always scared of people not accepting me the way I am. But I am done changing for other people and I am done trying to be someone I am not. I was ashamed of these worlds taking this big of a part in my life, but there is nothing to be ashamed of and I know that now. I know I should only feel proud about this. And I do. I am proud of the fact that these fictional characters and their stories influenced my life the most and made me the person I am now.