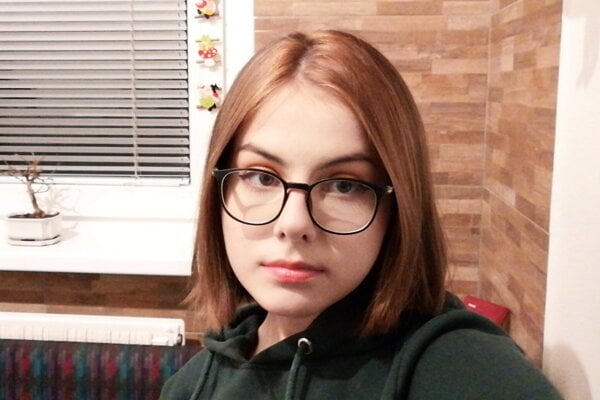 A 15-year-old student from Evanjelické Gymnázium Jána Amosa Komenského in Košice, Natália Martončíková chose the topic "Does patriotism have a negative or positive influence on societies today?". She introduced her essay, awarded 3rd place in Category C, with the words of the African American Muslim minister and human rights activist Malcolm X, who said "You’re not supposed to be so blind with patriotism, that you can’t face reality. Wrong is wrong, no matter who says it."

‘You’re not supposed to be so blind with patriotism, that you can’t face reality. Wrong is wrong, no matter who says it.’ A rather short but witty quote by Malcolm X, one that perfectly encapsulates my feelings towards this subject.

As a matter of fact, whether a democracy or a dictatorship, no country has ever been flawless due to one crucial reason. All of them are simply run by people in a position of power, and as we know, no human has managed to achieve perfection, let alone those blinded by the authority they were given over others. A country only stands for what the people in it stand for, and as a species, we are far from the least morally corrupt creatures out there. Only humans have the ability to comprehend the concept of right and wrong, but we still oftentimes choose the latter, either for our own gain or for a sense of fulfillment. We are selfish, and as long as those negative attributes do not vanish from our mindsets completely, then they will continue to prevail within our societies and politics alike.

However, this brings me to my pivotal question. Does all of this mean we cannot feel any sort of pride or joy for our country? Despite my argument prior to this, I believe that is not the case. The reasoning for using the quote at the beginning mostly stems from the fact that it does not necessarily diminish the importance of patriotism as a whole in the modern society, it only describes how the inherent belief that your nation or its leadership is perfect is a harmful notion. Unfortunately, even today this idea is forced onto people of certain places from a young age, until they never end up questioning it.

When it comes to forced patriotism, North Korea takes the crown. If I had to mention every frankly terrifying way the government there produces and uses propaganda and terrorizes anyone who disagrees with the ideologies of those higher in the societal hierarchy, it would be enough to fill an essay of its own, so I will keep it simple. The content used in their media is heavily censored to assure the citizens that their nation is the best there is, and since internet is mostly not available for them, they have close to no idea what other countries are like. As a result, they cannot agree with the idea that their government is fundamentally flawed, because there is nothing telling them that could be a possibility, other than a gut feeling that something is not right. All the information they are allowed to receive is fully in support of their leadership, and as long as no external sources are available to convince them otherwise, they have no choice but to blindly support their country. They end up believing that blatant disregard for basic human and constitutional rights such as freedom of speech is fully justified, since their leader says so, and questioning his decisions would result in inevitable punishment.

Despite this, statistically speaking the most patriotic place is the USA. What sets the two mentioned countries apart is the reason why their inhabitants feel such strong patriotic feelings towards them. In the first case, the major reason is the lack of external sources and proof that their way of living is far from appropriate. However, Americans do not face those struggles. For them, their pride is very real and, in their eyes, very justified too. Why is that so?

Patriotism benefits those in power. If someone strongly believes that their country cannot do anything wrong, they end up agreeing with, or at the very least accepting whatever decisions are made. That, to some degree, protects the governments from having to deal with protests or riots, because why protest the nation if the nation can do no wrong? To an extent, that could be a reason as to why the number of patriots in the United States of America is so high. Politicians work hard to push the narrative of the perfect America to youngsters in schools, ensuring that every generation has a strong sense of love for their homeland.

Patriotism is not only a blind support, though. Those who love their country in a more grounded way fight for positive changes to be made, while others do not, since they already believe their nation is perfect as it is. But by believing in the perfection, they are actively overlooking how their privilege affects the situation. Those who are negatively affected by the decisions of those with political influence or are part of a community of people with a history of oppression in that certain nation will naturally find it more difficult to be proud of the achievements of it, since their views will always be skewed to perceive the negative aspects more harshly.

Every ideology, in its extreme form, is harmful in a sense. However, patriotism is not inherently wrong, regardless of my previous statements. An adoration for your country can be a comforting feeling, even if it is not exactly justified sometimes. For instance, Thanksgiving is a nice time to spend with family and friends. But it was also declared a holiday the same year the Pequot Massacre happened.

The positive impact of national love should not go unnoticed, though. Patriotism encourages people to study their own history more, understand their roots and appreciate their ancestors’ music, craft, culture and so on. It gives them a history to be proud of and a feeling of belonging somewhere.

You are not supposed to be so blind with patriotism, that you can’t face reality. Wrong is wrong, no matter who says it. Nonetheless, it is alright if you love your home, as long as you acknowledge that it may not be ideal for everyone who lives or lived in it in the past. True patriots should fight for positive change for the country they cherish.