EU wants Germany to explain why it closed its eastern borders

The European Commission did not recommend closing borders, stressing the need for free movement of people and goods. 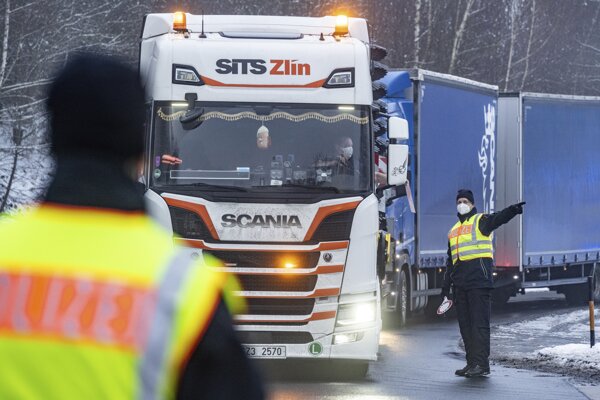 Police officers check vehicles in a parking lot shortly after the German-Czech border in Waidhaus, Germany, Tuesday, Feb.16, 2021. Germany's tightened entry rules at the border with the Czech Republic, Slovakia and Tyrol to protect against dangerous variants of the coronavirus came into force two days ago. (Source: TASR/AP)
Font size:A-|A+9

Germany is under pressure from the European Commission due to its border closures. The German authorities are to explain the ban on entry for people arriving from the Czech Republic, Slovakia and the Austrian region of Tyrol.

In its letter from Monday, February 22, to Germany's Permanent Representative to the EU, Michael Clauss, the European Commission stressed that the measures taken by Germany are “disproportionate and groundless,” the TASR newswire reported.

“We believe that the objective Germany is rightfully following – the protection of public health during the pandemic – could be attained with less restrictive means,” the letter reads, as quoted by TASR.