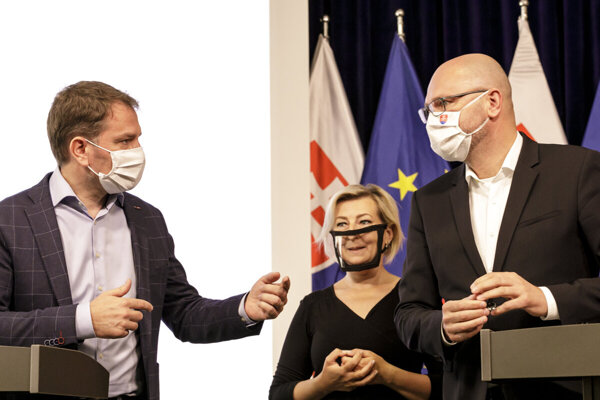 The Freedom and Solidarity (SaS) party of Richard Sulík is maintaining its lead over its coalition partner Ordinary People and Independent Personalities (OĽaNO) led by PM Igor Matovič.

At the same time, the departure of several representatives of the far-right Kotlebovci – People’s Party Our Slovakia (ĽSNS) seems to have lowered voters’ support.

This stems from the latest poll carried out by the Focus agency for the Na Telo political talk show of the private broadcaster TV Markíza between February 17 and 24 on 1,018 respondents.

Za Ľudí back in parliament

The election would be won by the opposition Hlas party of ex-PM Peter Pellegrini, which would gain the support of 23 percent of the vote. The party has maintained its lead despite several scandals linked to its chair, like his visit to a tailor during the lockdown and his personal trip to Dresden onboard a government plane when he was the prime minister.

Hlas would be followed by SaS with 12.9 percent and OĽaNO with 10.4 percent.

SaS first overtook OĽaNO in the January Focus poll, following months of disputes between Matovič and Sulík over the pandemic. Still, it has lost some support since it had 13.3-percent support in January. On the other hand, OĽaNO rose slightly, from January’s 10.1 percent.

The junior coalition party Za Ľudí would make it to parliament with 5.2 percent of the vote. Several polls carried out in the previous months have shown the party, led by Veronika Remišová, outside the parliament.

Far-right suffers from the loss of members

ĽSNS led by Marian Kotleba slumped in the poll shortly after several significant representatives, including MEP Milan Uhrík and MPs Milan Mazurek and Ondrej Ďurica, decided to leave following a change in the party’s statutes. 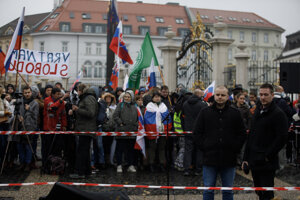 In the February 2020 general election, the party was supported by 7.97 percent of the vote, winning 17 parliamentary seats. The following polls showed its support at around 8-10 percent. The recent AKO poll shows its support has plummeted to 3.8 percent.

Its position in the latest Focus poll is slightly better, although it fell to 6.6-percent support from 9.7 percent in January.