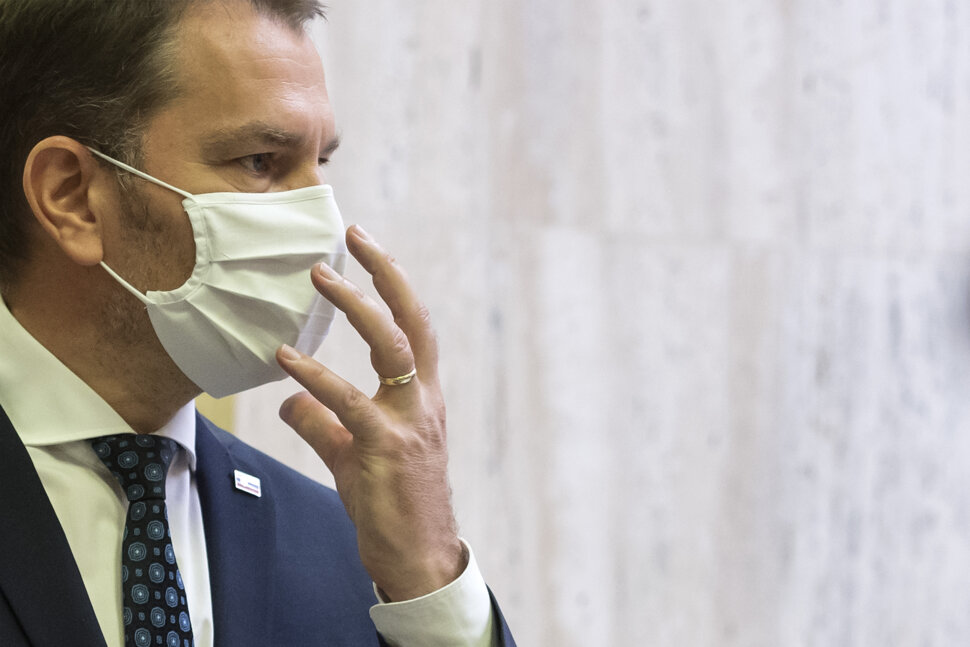 This time last year, Slovakia woke up as a country soon to be governed by an Ordinary prime minister (his quasi-party’s name is ‘Ordinary People and Independent Personalities’, abbreviated to OĽaNO). Rather than looking back at the last week, let us look back at the year that followed March 1, 2020.

Igor Matovič and his OĽaNO were celebrating victory on election night with a few thousand people gathered in Trnava’s city sports hall. The coronavirus epidemic, by then spreading alarmingly in Italy, still seemed more of a dog that barks but does not bite.

The ruling coalition of four parties that started to coalesce immediately after the election was surrounded by a lot of questions, but the hope that had been in the air before the election lingered: Smer was out of power and there was some prospect that the rule of law would be restored.

The pandemic hit almost immediately after that, and brought a lot of anger, irrationality and division, but also clarity. Faced with an existential threat, like a deadly disease, and amidst fear and anguish, character and personal traits are tested and exposed. As a result, disillusionment with the new prime minister and his cabinet came very early on, and approval ratings for Matovič dropped very steeply, as did voters’ support for OĽaNO.