A new, multifunctional centre will revive the Danube embankment

The Nové Lido cultural and congress centre is a once-in-a-generation building. 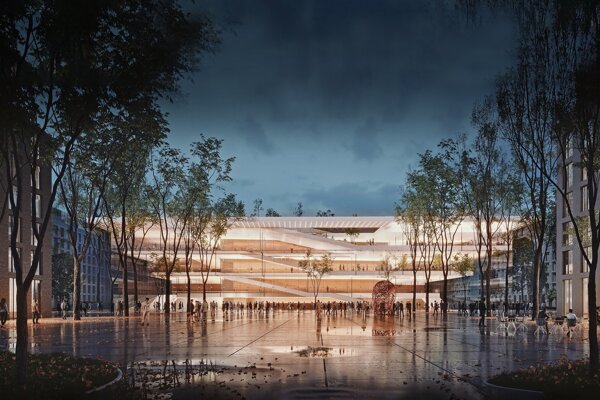 A new national cultural and congress centre that is multifunctional and open to the public would place Bratislava on the world congress map. Slovak and foreign experts who have been working on the idea of ​​constructing a building of this nature in Bratislava for several years are ready to fulfill their goal.

"We consider the creation of a new national cultural and congress centre with the support of the state as one of the most important projects today. In our opinion, it is a project that is being built once in a generation," said Peter Korbačka, chairman of the board of JTRE. The development company behind the Nové Lido project considers the right bank of the Danube an ideal location for the National Cultural and Congress Centre building. "Thanks to its location in the new part of the centre of Bratislava, close to important cultural institutions and in direct contact with the Danube River, this centre will gain international significance and will represent Slovakia worldwide," added Korbačka. 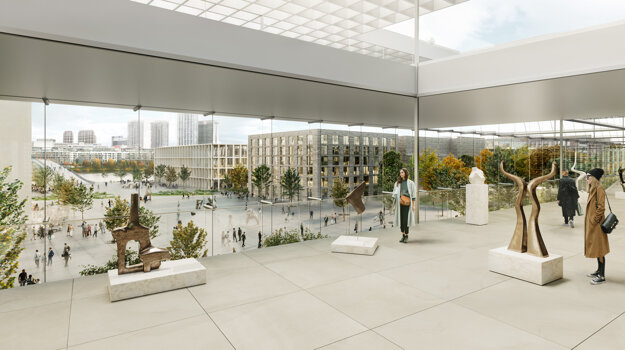 The embankments in Bratislava, as in other European metropolises, are representative spaces. In the case of Bratislava, this is evidenced by the concentration of cultural and social institutions by the river, such as the Slovak National Theatre, the Slovak National Gallery, the Slovak Philharmonic in the Reduta and the Slovak National Museum. The Eurovea City area has also been developing dynamically in recent years, offering residents various leisure opportunities and an attractive Danube promenade. One of the goals of the Nové Lido project is to revive the right bank of the Danube and help make Bratislava a city that lives with the river, rather than one that just stands by it.

The pedestrian bridge connects the city

A new promenade bridge will connect both banks of the Danube. Its location between the Apollo Bridge and the Old Bridge will join the main squares of the new city districts of Eurovea City and Nové Lido, thus connecting the city on both banks of the Danube visually as well as operationally. The line leading from the Slovak National Theatre across the bridge to the right bank of the Danube will create a cultural axis leading to the square in Nové Lido. Anyone who stands on the pedestrian bridge and looks towards the right bank of the Danube will see the lively waterfront zone, the area of ​​the central square with the adjacent construction and the cultural and congress centre in a natural position dominating the square. 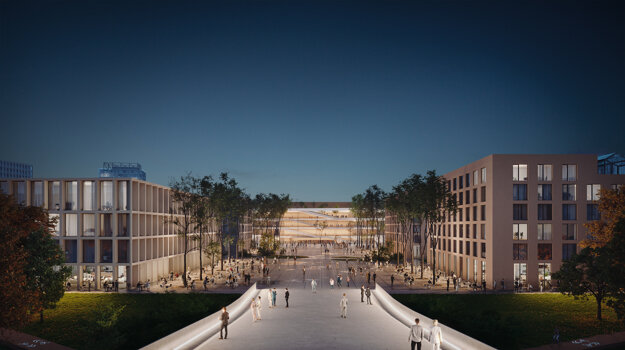 To ensure the building meets the demanding requirements of international cultural and congress spaces, the plan was prepared in cooperation with domestic and foreign professionals who organise and operate congresses along with promoters of cultural events. "The standard of international congresses requires a centre with several modifiable halls of different sizes, which allow for the organisation of one large or more smaller events simultaneously. Separate entrances help achieve the separation of their participants, which then increases variability for cultural and social events," explained Pavel Pelikán, executive director of JTRE. 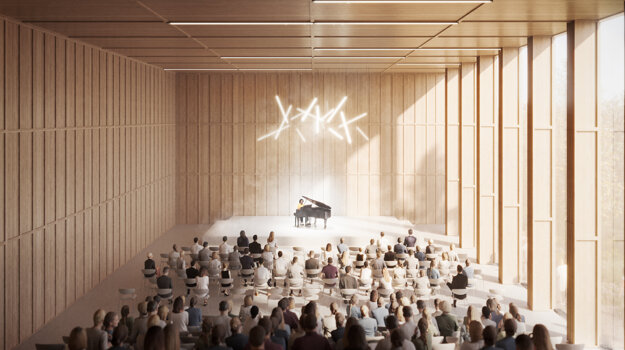 The large hall has a capacity of up to five thousand standing and seated spectators at a concert and three thousand seated visitors during a congress, conference or classical music concert. It can be divided into two, three or four separate halls for events with 500 to 1,500 participants. The functionality of the centre is supported by the hotel, necessary for all kinds of important events, which is situated on the side of the boulevard and directly connected with the cultural and congress centre.

Thanks to the flexibility of the centre, the premises can be transformed into exhibitions, reading rooms and small stage forms to film performances, premieres and festivals, large musicals and concerts. It can also be used for corporate events, balls, and school events. Smaller events can be organised on the rooftop garden.

City amphitheatre as a highlight

The authors of the design want to bring a unique roof space with an amphitheatre to the centre of Bratislava. "The project makes it possible to use the roof as a residential terrace with a stage and amphitheatre, overlooking the city's landmarks; it expands the already wide range of spaces offered by the concept," added Juraj Benetin, chief architect of the successful Slovak studio Compass. The solution was consulted with the leading British studio Ian Ritchie Architects and the Efterklang studio, a renowned Scandinavian specialist in the acoustics of cultural events and spaces. Foreign partners brought a lot of experience from the implementation of important cultural and social buildings. 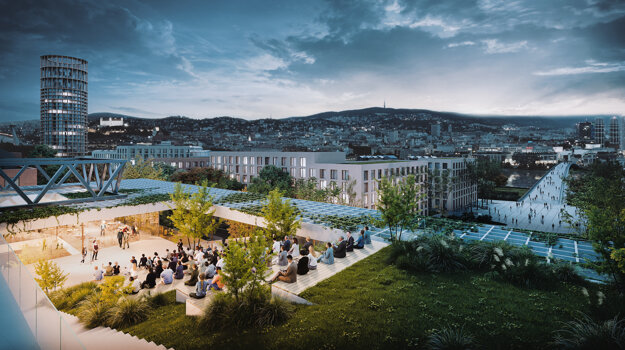 The entire building of the proposed cultural and congress centre will be environmentally friendly. "We are presenting a low-energy building with a green roof that makes use of retained rainwater and offers exclusively underground parking," said Benetin.

"The National Cultural and Congress Centre should not be limited to only congresses, concerts and performances. Our concept in Nové Lido creates a new public space freely accessible to the public. The openness and connection of the centre with its surroundings is also supported by a architectural solution: the space on the ground floor freely intersects with the public square connected to the city boulevard and the park," explained Benetin.

The project represents a highly functional concept and coexists with the surrounding environment on the main square in the central park of Nové Lido. It functions with public spaces and can be used for multiple purposes, from cultural events and congresses to conferences and social events. JTRE plans to announce an international architectural competition for this building of public importance supported by public funds. He believes this attractive project in an attractive location will become another modern symbol of culture in Bratislava and increase the interest of tourists in the Slovak capital. 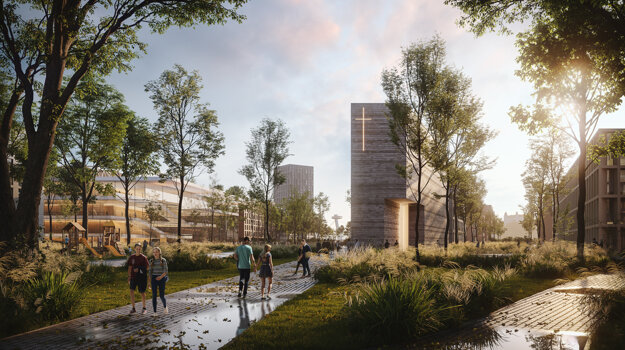 This article has been brought to you by: JTRE.