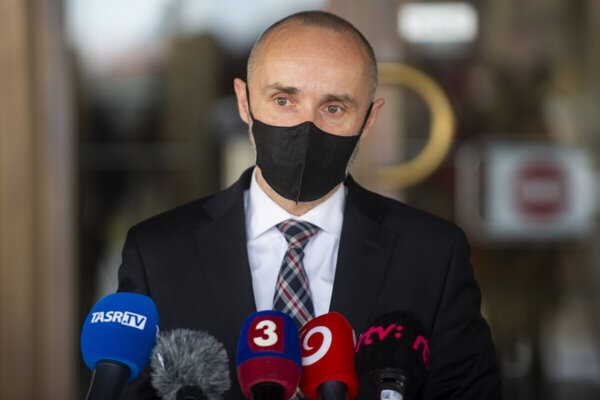 The former Slovak ambassador to NATO, who has served as an MP of the Za Ľudí coalition party and led the European affairs committee, has announced that he is quitting the ruling coalition. He called the purchase of the Russian vaccine the last straw.

Shortly after PM Igor Matovič welcomed the first supply of 200,000 doses of the Sputnik V vaccine at Košice airport on Monday evening, March 1, Tomáš Valášek announced that he was no longer going to be part of the coalition, also giving up his post as the chair of the European affairs committee. He remains in parliament as an independent MP.

"Secret military flights. Unverified Russian vaccines. Mysterious middleman close to Vladimir Putin," Valášek described the things that bothered him about the Sputnik V purchase and that eventually led him to quit.

In his Facebook post, Valášek recalls that the ruling coalition that emerged from the election exactly one year ago was meant to put an end to Slovakia's "flirting with the extremes of European politics" and "bring this country back among the normal, respected countries of the West".

Valášek wrote that instead of taking on political responsibility for the mismanagement of the pandemic in Slovakia, the prime minister focused on procuring the unauthorised Russian vaccine, which he called "pitting in the face of our European partners" and noted that Slovakia has joined Hungary in "the hall of shame".