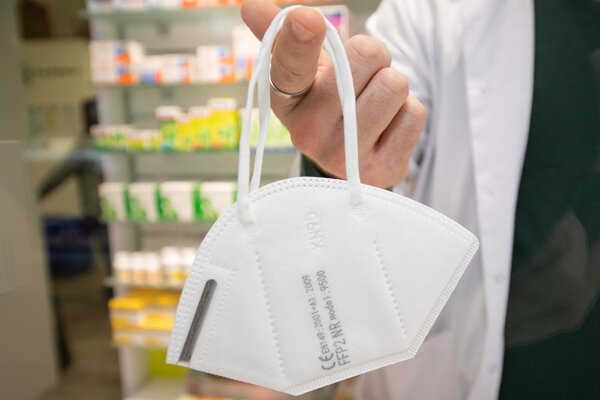 Supermarkets are trying to ensure they have adequate supplies of FFP2 respirator masks, the retail chain spokesperson confirmed following the introduction of tougher anti-pandemic measures. The government announced on February 28 that FFP2 respirators will be obligatory to wear when entering shops and public transport. They will also be required indoors in public spaces.

“We have been intensively communicating for a long time with suppliers in an attempt to reach the best possible price and also the biggest possible amounts, as FFP2 respirators are part of our permanent offer,” said Tomáš Bezák, head of communication at Lidl Slovakia, as quoted by the TASR newswire.

Lidl limited the purchase amount to ten pieces per one shopping trip so as many customers as possible can get enough FFP2 respirators.

“It is reasonable to expect that the interest of employees will be extremely large and that’s why we cannot ensure that respirators will still be accessible in our shops,” Bezák noted, adding that they will do everything to regularly replenish their stocks.

Lidl contracted several million respirators that should be gradually delivered in the upcoming weeks.

Kaufland said that their supermarkets offer their customers respirators with zero VAT (as set by the law) and without a profit.

“Because of the higher interest from customers, we limit the sale of respirators to one customer, three packages of five pieces maximum,” said Lucia Vargová, spokesperson of Kaufland, as quoted by TASR. They are in contact with suppliers so they can ensure enough FFP2 masks at the best price for their customers.

Marek Koštrna, marketing manager of Terno, said that there are about 12,000 FFP2 respirators in Terno and KRAJ shops across Slovakia.

He noted that sales have gone up recently, but the situation is stable now.

“We do everything we can so people can buy enough respirators in our stores,” Koštrna told TASR. “Besides 12,000 pieces, there are almost 1,000 packages of five pieces at the store,” he added. They expect further supplies this week.