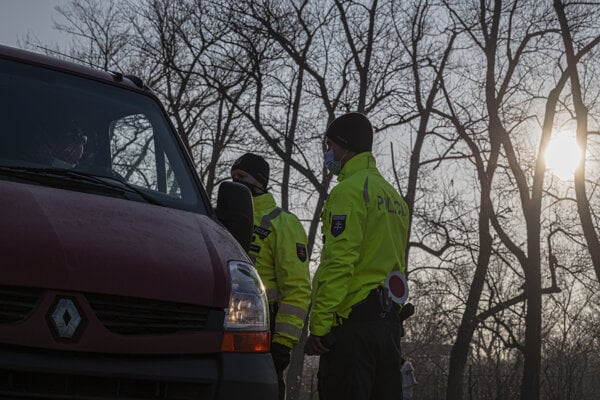 It seems the epidemiological situation in Slovakia is not improving.

The entire country remains in the Warning Level 4 black tier. At the regional level, the number of districts in the black tier will increase from 20 to 30 on March 8. Another 46 will be in the dark red tier, and the remaining three in the red tier. 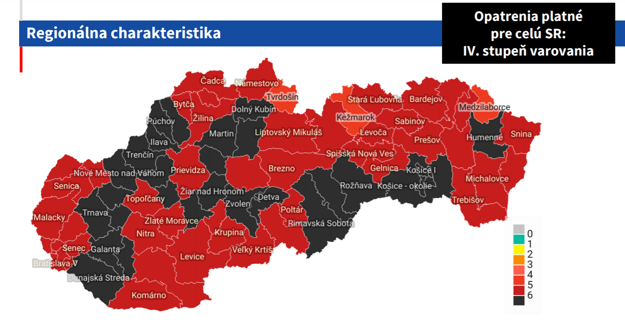 The worst situation is in hospitals, where the number of hospitalised patients suffering from Covid-19 or suspected of being infected broke another record. The number of free beds with lung ventilators is enormously low, according to Health Minister Marek Krajčí (OĽaNO).

Tiers of districts from March 8

At the same time, mobility grew compared with the previous week. Krajčí named pandemic weariness as the reason. People have a problem sticking to the currently valid measures, although some of them still adhere to the rules, he added.

Changes in schools from Monday

Originally, the cabinet proposed in the measures adopted on February 28, that kindergartens and grades one to four of primary schools should be open only for children whose parents need to be present at their workplace already from Wednesday, March 3. However, the Education Ministry later changed plans and stricter rules will come into force only next Monday, March 8. 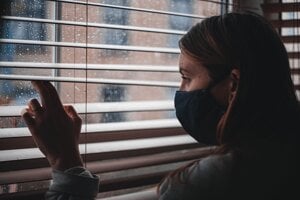 The ministry is supposed to prepare a document with more rules for schools until then, the TASR newswire reported.

A parent who will bring a child to kindergarten or school will have to show a negative test not older than seven days and a confirmation that they need to be present at their work.

Students of final grades of secondary schools and children without access to remote education will be able to attend in-person classes.