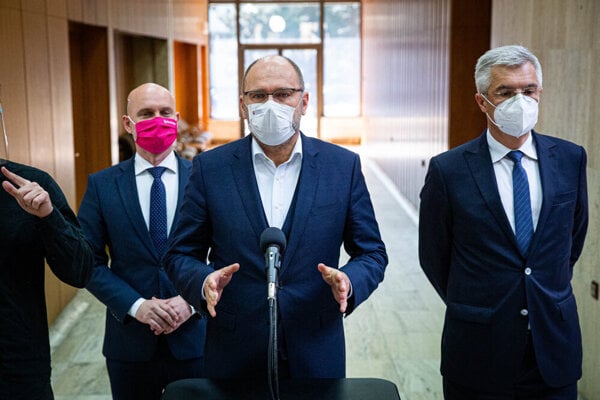 Igor Matovič may be forced to quit as prime minister unless he agrees on serious reshuffles in his government or finds another way to appease his coalition partners. 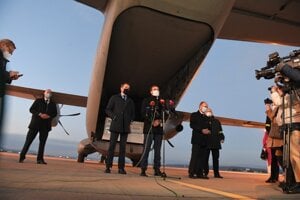 One year after Matovič's election victory, his coalition of four parties is facing its most serious crisis so far. It was triggered on Monday when Matovič and Health Minister Marek Krajčí (both OĽaNO) procured the Russian-made Sputnik V vaccine and welcomed the first supplies of it at Košice Airport.

This angered coalition partners Za Ľudí and Freedom and Solidarity (SaS) who have opposed the procurement and use of Sputnik V in Slovakia unless it is duly registered in the EU by the European Medicines Agency (EMA). Sputnik producers have not applied for EMA registration.

Za Ľudí MP and head of the EU affairs committee Tomáš Valášek (former ambassador to NATO), quit the party and the coalition in response. Foreign Minister Ivan Korčok (SaS nominee) branded the conduct of the prime minister a mistake and mentioned some concerns about Slovakia's foreign-policy orientation.

Za Ľudí and SaS have been vocal about the need to draw political responsibility for the mismanaged pandemic situation in Slovakia, where approximately a hundred people die every day of Covid. The country tops the ranking of the seven-day rolling average of new Covid deaths globally.

The two parties held separate sessions on Tuesday night in order to propose solutions to the coalition crisis. The coalition now has the support of 93 MPs; without Za Ludi and SaS they would lose the majority (76 seats) in the 150-strong house.

Za Ľudí ministers Veronika Remišová and Mária Kolíková did not attend the cabinet session on Wednesday, and they are reportedly demanding that Health Minister Krajčí step down.

SaS leader Richard Sulík said following the cabinet session that reshuffles needed to be seriously discussed because "it cannot go on like this any longer", and suggested the changes needed to go deeper than just the exchange of the health minister. He anticipates long and tough negotiations.

SaS ministers went to the Presidential Palace at around 12:30.

Kollár invites his coalition partners for a meeting

Speaker of Parliament and chair of the Sme Rodina party Boris Kollár invited his coalition partners for a discussion that should take place today, at 17:00, to discuss the current situation.

“Stop acting like children in a sandpit,” he told the press conference.

He called on his fellow coalition members to return the very beginning and the very foundations of why the coalition was established, which he said was a call for changes to society.